The House Sends the 2018 Farm Bill to President Trump

WASHINGTON, DC - Early this week, after months of debate, the U.S. House and Senate Agriculture Committees released its Farm Bill conference report, paving the way for Congressional approval of the bill and subsequent signing by President Donald Trump. Voices from the industry were optimistic that the bill—and the bipartisan compromise that moved it forward—would ensure swift approval from Congress and the President.

On Tuesday, the U.S. Senate approved the bill in a 87-to-13 vote, and this Wednesday, the bill leaped one more hurdle, passing the U.S. House of Representatives in a 386-47 vote, clearing Congress and moving to its final hurdle. 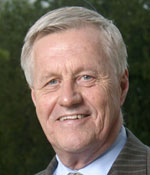 “I am very happy to see my colleagues pass the 2018 Farm Bill. As I said in my floor speech, rural America is facing so many challenges and this bill goes a long way toward providing needed certainty to farmers and ranchers,” said House Agriculture Committee Ranking Member Collin Peterson in a statement. “In particular, I am proud of the improvement it makes for our dairy farmers. The bill will provide expanded, affordable coverage options, and more flexibility for dairy farmers. It also provides permanent mandatory funding for several of the programs that first got mandatory funding in the 2008 Farm Bill, when I was Chairman. These include the Local Food & Farmers Market Promotion Program, Value-Added Producer Grants, the BFRDP Program, Organic Research, and the Section 2501 Outreach Program. I encourage President Trump to sign the Farm Bill into law quickly.”

Voices from the industry were likewise positive in their support of the bill and their express desire for quick passage into law. 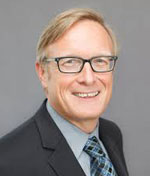 “United Fresh applauds the House and Senate for the passage of a Farm Bill that includes the priorities of United Fresh and our members,” said Robert Guenther, Senior Vice President of Public Policy for United Fresh. “We thank Congress for approving this legislation and we are proud that it has strong bipartisan and bicameral support. The Agriculture Improvement Act is vital to the ability of the fresh produce industry to ensure Americans have access to nutritious foods. We look forward to the President signing the bill before the conclusion of the 115th Congress.”

PMA likewise expressed its approval for the provisions in the bill.

“After many months of work, and through coordination with the Specialty Crop Farm Bill Alliance, PMA is pleased to see the House and Senate approve this bill and looks forward to it moving quickly to The President for signature,” the Association noted in a statement. “We are particularly pleased to see important provisions for the fresh produce and floral industry in the following areas...”

For more as the Farm Bill heads to the White House, AndNowUKnow will continue to report.