“This is a fantastic mandarin,” said Joe LoBue, Vice President of Sales at Lobue Citrus. “Its flavor profile and stunning dark color will make this fruit jump off the shelf.”

First launched in December and expected to be available into February, the new variety is described as a rich balance of sweet and acid flavoring, according to a press release. The company said that the signature name was created after the deep blazing orange color of its flesh. Named by General Manager of LoBue Farms Robert LoBue, Super Nova will be trademarked by LoBue, resulting in other growers of the fruit creating their own brand names, the company noted. 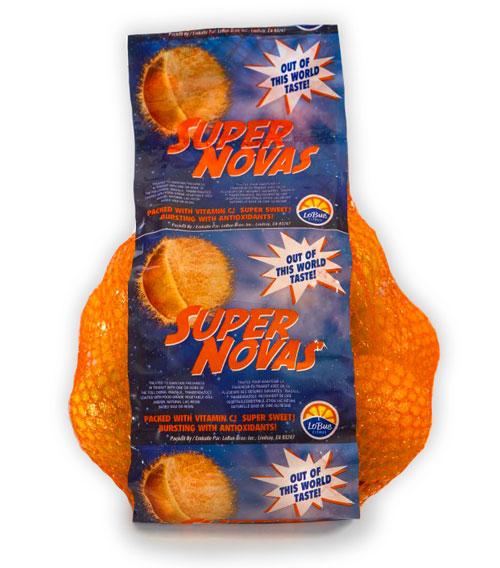 Super Nova made its way to California when an Orlando-based breeder for the USDA crossed and grew the variety but got no fruit. The breeder sent budwood to California with the hope that a change in soil and climate would coax fruit out of the hybrid.

Needless to say, the seedless mandarins did grow, bringing with it “tantalizing” aromatics that LoBue assures will make them proven winners at retail.

To read the Los Angeles Times’ coverage of what it tells consumers may be their “favorite new fruit” click here.

Founded in 1934, LoBue Citrus is a full-service grower, packer, and shipper of California and import citrus. We contract...