RIO RICO, AZ - For over 60 years, Malena Produce has been the de facto eggplant grower, but the company has been expanding its portfolio to include more commodities. Now, the grower covers a range of categories to become, as Jim Cathey, Director of Sales, would say, a one-stop-shop for buyers. I sat down with Jim to discuss how the company’s year-round eggplant program contributed to its growth in additional categories over the years. 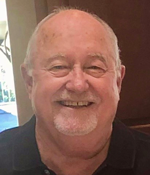 “Malena has a nice, well-rounded program,” Jim started. “About a year and a half ago, we expanded our marketing into tomatoes, Romas, and colored peppers, and now we are probably one of the top shippers here in Rio Rico. We have high-quality growth that includes our tomatoes, cucumbers, eggplants, and more. It’s been a giant leap forward the past couple of seasons.”

Much like other growers, the weather has affected some of Malena’s product volume in the past couple of months, but, according to Jim, Malena has kept as cool as a cucumber.

“Mother Nature hasn’t been too kind this winter, but we have 750 acres of produce under plastic. All of our round tomatoes, European cucumbers, and colored bell peppers are grown under plastic with the balance of our crops mostly grown in shade houses and some field crops that we got to a little early,” Jim explained. 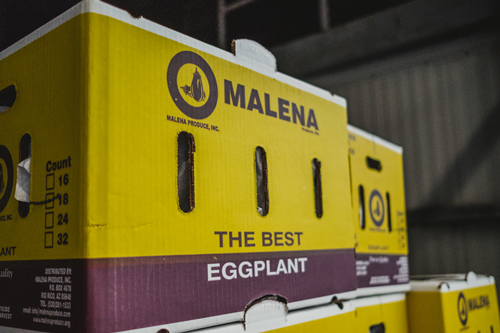 Malena’s land utilization has kept the grower on top of the produce game, allowing the company to supply its customers with an expansive line of products including tomatoes, eggplants, bell peppers, cucumbers, and squash. The recent additions to Malena’s growing program propelled the grower to become a more prominent player in the winter deal. These demands are made possible through its Sinaloa, Sonora, Coahuila, and San Luis, Mexico, growing regions, which provides great volume and good quality year-round.

With all the new categories now available, Malena is poised to be a leading produce provider. For more news in the fresh produce sector, keep a tab open for us here at ANUK.