ORLANDO, FL – In continued efforts to work with mango-producing countries to give retailers and consumers an informed prediction of how many mangos will be shipped to the U.S., the National Mango Board (NMB) has released its latest update from Mexico and Brazil as of August 6, 2016. NMB reports that volume arriving into the U.S. is up almost one million boxes from last year’s numbers.

Mango volume shipping the first week of this month was approximately 2,623,012 boxes. During the same week last year, volume was around 1,721, 053 boxes. These numbers brought the total mango volume to 80,520,019 boxes brought into the U.S., according to a recent press release. 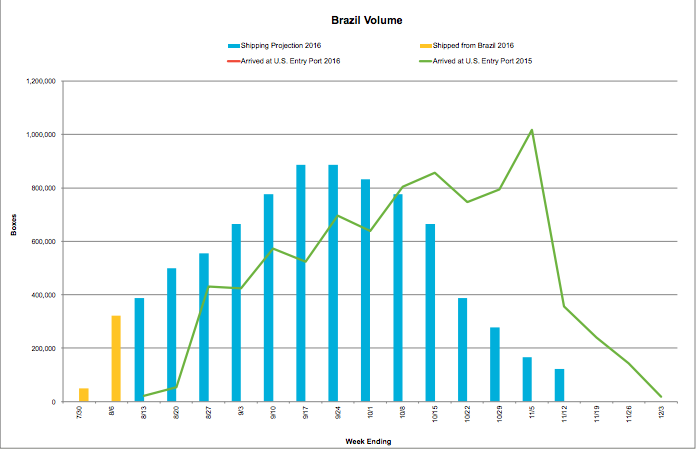 These numbers are supplemented by crop from Brazil. The Brazilian season runs from July through November, with a projected 8 million boxes expected. Varieties to comprise the volume is expected as follows: 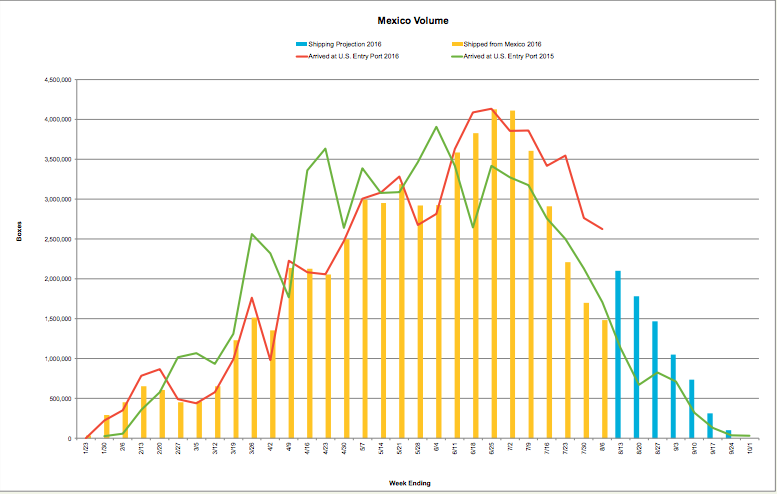 Additionally, the Mexican season, which began in January and will run through October, is expected to provide the U.S. with around 66.5 million boxes of mangos. The varieties to compose this number are the following:

Though the overall volume is lower as of right now, weekly volume is on the rise. During the week of August 6 last year, volume arrived from Mexico was approximately 1,708,091. This year, that number has significantly increased with volume arriving from Mexico on the same week at around 2,623,012 boxes.

For more information on the NMB’s latest mango crop report, along with the average price per box comparisons for each port of entry, click here.

As mangos continue to sweeten up consumers baskets, and volume remains on the rise, AndNowUKnow will continue to report on the latest crop information.