CALIFORNIA – Two storms are set to barrel through Northern California this week—the first of which should arrive from the north and swing south this Tuesday—granting some possible reprieve from the moderate to severe drought riddling the state caused by depleted snow packs and an abnormally dry winter, according to AccuWeather.

“With the jet stream dipping southward along the West Coast through this week, this could help steer storm systems into California,” said AccuWeather Meteorologist Jordan Root. “While this first storm will likely not be a major precipitation producer, it will bring rain showers and also some snow to the Sierra and Southern California mountains.” 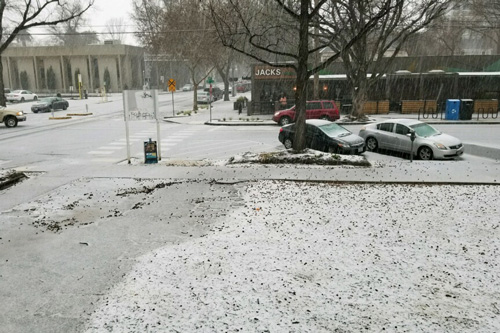 AccuWeather reported that as of Monday, Northern California had received 0.10 to 0.80 of an inch of rain from the first storm alone, and that snow may fall in the high deserts in Southern California.

“Snow levels with this system can drop to 3,500 feet across the Southern California mountains with a few inches of accumulation above this level Monday night into Tuesday,” Root continued. “A foot of snow will be possible across the Sierra.” 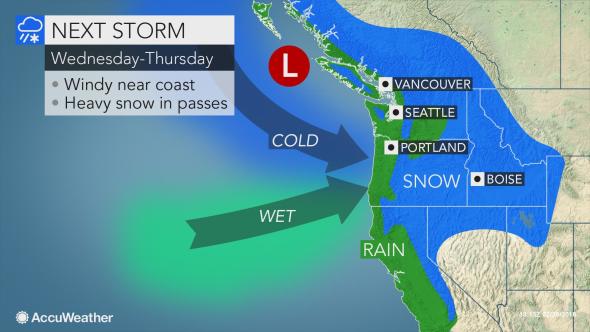 Despite these positive signs, the Sierra snowpack is still very low, and the storm may bring travel disruptions, flooding, and mudslides. For Santa Barbra residents leaving near wildfire burn scars, a pre-evacuation order is in effect, due to debris flows that may occur, according to U.S. News.

To stay in the know on weather in your region, keep reading AndNowUKnow.