WASHINGTON, D.C. - President Obama unveiled his immigration reform plans to the country on Thursday night, announcing three new steps he will take to increase accountability. These actions include:

Administration officials also state that the President’s actions will extend legal status to “DREAMers,” or those who came to the U.S. at a young age, so long as they entered the country before January 1, 2010 and meet specific education and public safety criteria, regardless of how old they are today.

During his speech, Obama fired back at his critics, emphasizing that this plan is not amnesty. “What I’m describing is accountability,” he said. “A common sense, middle-ground approach. If you meet the criteria, you can come out of the shadows and get right with the law. If you’re a criminal, you’ll be deported. If you plan to enter the U.S. illegally, your chances of getting caught and sent back just went up.”

“The actions I’m taking are not only lawful, they’re the kinds of actions taken by every single Republican president and every single Democratic president for the past half century,” Obama continued. 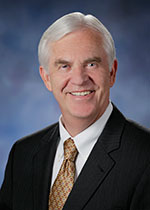 Barry Bedwell, President of the California Fresh Fruit Association, tells AndNowUKnow, “While the President’s speech was correct on many valid and pertinent points, and was certainly heartfelt, the stark reality is that meaningful immigration reform must properly come from the legislative process as he eluded.”

Prior to the announcement Thursday, United Fresh issued a statement saying, “While this Executive Order may provide some minimal relief or help for agriculture, it doesn’t address any long-term solutions which can only be done through congressional action.” 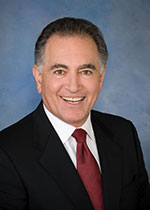 Tom Nassif, President and CEO of Western Growers, shared a similar sentiment, noting that agriculture must remain a top priority to achieve meaningful reform legislation. “The value of agricultural workers to our country’s economy and food production system must be recognized with a path to legal status that acknowledges their past service and ongoing importance to this industry.”

In a statement, House Speaker John Boehner proclaimed, “The president has said before that ‘he’s not king’ and he’s ‘not an emperor,’ but he sure is acting like one. And he’s doing it at a time when the American people want nothing more than for us to work together.”

ABC News reports that Senator Joe Donnelly, D-Indiana, said, “I am as frustrated as anyone that Congress is not doing its job, but the President shouldn’t make such significant policy changes on his own.”

In response to congressional inaction on reform, Obama said, “And to those members of Congress who question my authority to make our immigration system work better or question the wisdom of me acting where Congress has failed, I have one answer: Pass a bill.”

Obama’s Immigration Accountability Executive Actions will benefit nearly 5 million undocumented immigrants, as well as “help secure the border and ensure that everyone plays by the same rule,” according to a press release issued by the White House.

Obama now plans to travel to Las Vegas on Friday to promote his plans for immigration reform. In closing, the President emphasized that “we are and always will be a nation of immigrants,” and also that scripture tells us, “We shall not oppress a stranger, for we know the heart of a stranger. We were strangers once, too.”

Stay tuned to AndNowUKnow as we continue to track how these actions will affect the industry.