VANCOUVER, BC, CANADA - With the Fourth of July only a few days away, and with July being National Blueberry Month, Oppy and Ocean Spray®’s blueberry update could not be better timed. The blueberries being brought to market will feature new packaging and merchandising options for retailers. 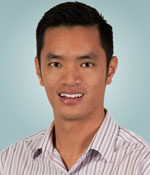 “Our Ocean Spray blueberries adhere to incredibly rigorous quality standards, and that means only the absolute best fruit makes it to the shelves,” said Oppy’s Vice President of Categories of Berries and Greenhouse Jason Fung. “By combining Oppy’s year-round growing with the highly-regarded Ocean Spray brand, we’ve been able to bring clarity and quality to consumers in a category that generally faces challenges with label pollution.”

Organic and conventional blueberries will be packaged in a new branded master carton, featuring both a 6 oz pint and an 18 oz pack alongside the 2 lb clamshell. The 2 lb clamshell is becoming increasingly popular with consumers as they start to gravitate toward pack sizes that are made for sharing with family and friends. 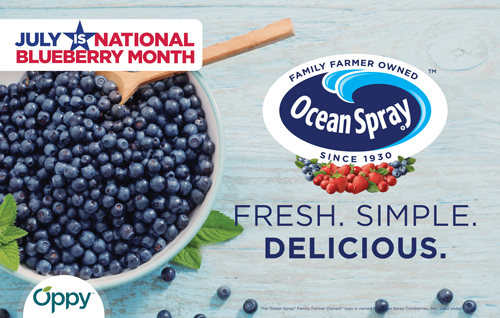 According to a press release, Oppy is also offering a bright and eye-catching point-of-sale (POS) to draw attention to the Ocean Spray blueberries on display at stores.

Since their debut in 2017, Oppy’s Ocean Spray blueberries continue to find traction every year, with sales volume increasing by 72 percent between then and 2019. The blueberries currently being brought to market are grown in Washington and British Columbia, where the growing seasons have been excellent and microclimates yield exceptional fruit.

Notably, the press release also expanded upon the Ocean Spray Advantage. 70 percent of survey participants recognize the Ocean Spray label in the produce aisle, which helps drive sales. Coupled with the brand’s strong presence across the store, with an average of 52 Ocean Spray products on display, this works to bolster brand awareness and helps influence purchases.

Certainly sounds like this July is shaping up to be mighty blue. Stick around with AndNowUKnow for more produce updates like this.