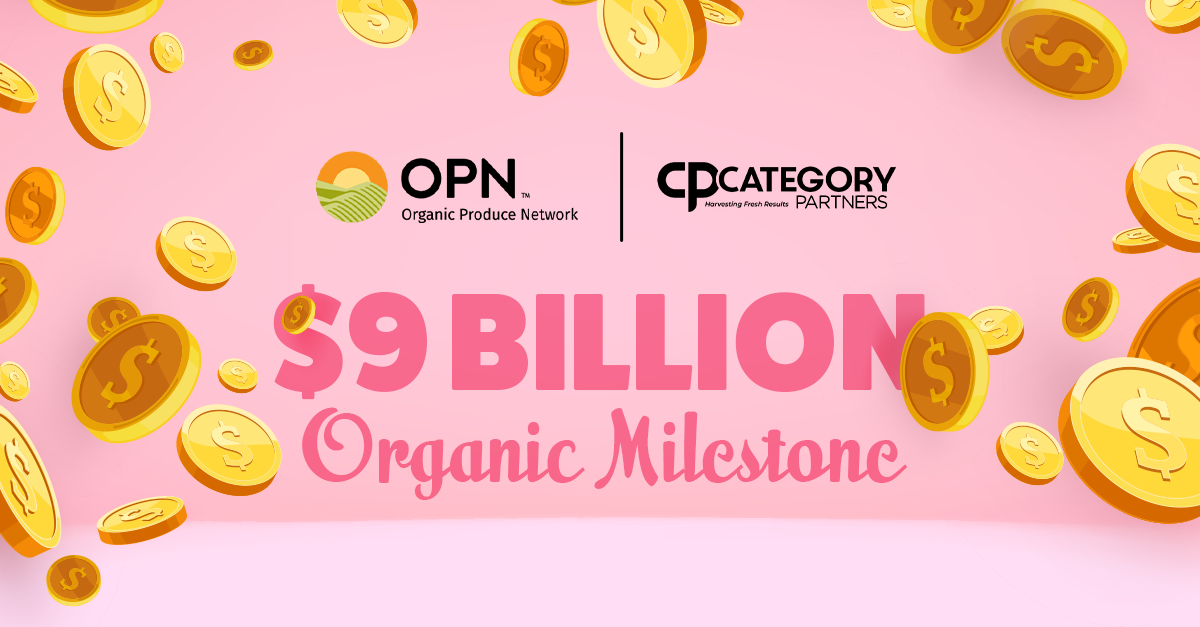 MONTEREY, CA - With its latest release, the Organic Produce Network (OPN) alongside Category Partners revealed that 2021 was a monumental year for organic fresh produce. In its 2021 Organic Produce Performance Report, it was announced that the category grew sales by 5.5 percent, hitting $9 billion for the first time. 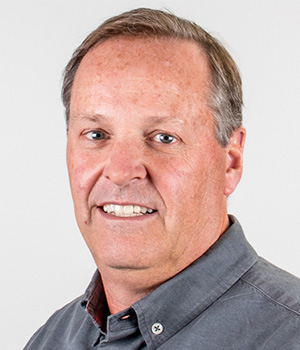 “It is very apparent that consumer supermarket food purchases the past year reflected more traditional buying trends as compared to the COVID-inspired purchasing changes we saw in 2020,” said Matt Seeley, Chief Executive Officer and Co-Founder of Organic Produce Network. “At the same time, we saw many organic fresh produce categories continue to show solid growth as part of the longer-term trend of consumers moving to organic produce and, in turn, growing organic’s share of market.”

Although foodservice began to pick up again in 2021, organic produce sales and volume at retail still showed year-over-year growth in all four quarters, according to a release. Overall, organics outpaced conventionally grown produce in year-over-year gains in both sales and volume. In total, organic fresh produce sales for the year topped out at $9.2 billion, an increase of $477 million compared to 2020. 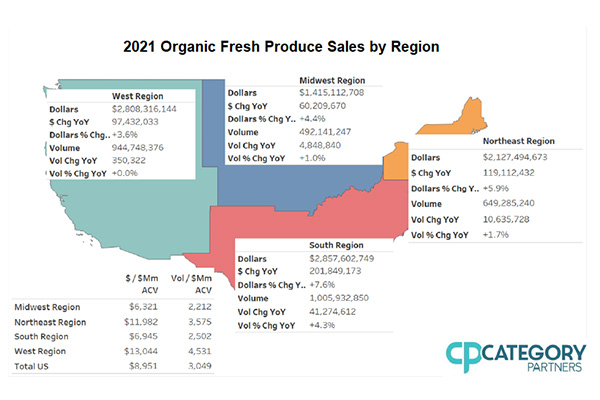 Among organic categories, fresh berries were a star performer in terms of year-over-year growth, showing a 14 percent gain in sales and 10 percent rise in volume. Packaged salads, berries, and apples, meanwhile, accounted for two-thirds of all organic fresh dollar growth in 2021. Although organic berries saw a large year-over-year dollar increase, packaged salads were again the top organic fresh produce category by total sales, rounding out at $1.5 billion.

Throughout 2021, packaged salads had one of the highest organic price premiums over conventional at $3.11/lb. Organic berries also showed significant price premiums with blackberries at $3.01/lb, blueberries at $2.18/lb, and raspberries sitting at $2.52/lb. 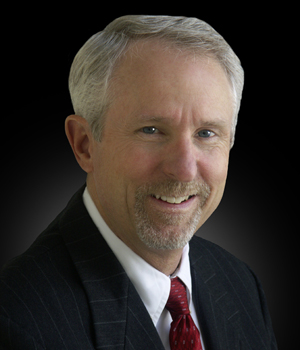 “While a gap remains in the average retail price per pound between organic and conventional, the price increases in both categories last year were remarkably similar,” said Steve Lutz, Senior Vice President of Insights and Innovation at Category Partners. “The average retail for conventional increased by $0.08/lb to $1.57/lb, while organic increased from $0.094/lb to $2.97/lb. Granted, the percentage increase in organic [was] smaller, but the aggregate change was very close.”

As noted in the report, overall organic produce volume rose by 2 percent. Organic bananas continued to move the most volume, with 547 lbs sold in 2021, a 3.4 percent increase from 2020. Three categories—berries, watermelons, and citrus—drove total organic volume increases in 2021. 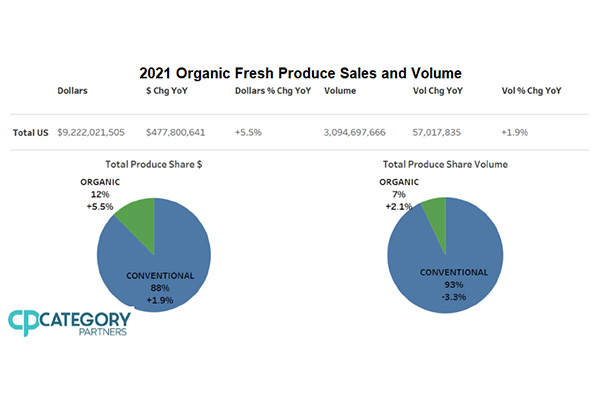 “Sales of organic produce in 2021, while up a bit less than expected, remain on par with the historical long-term growth trends we have come to expect for organic produce,” continued Lutz. “As the foodservice sector reopened, consumers began to shift some meals back to foodservice channels. The net result in 2021 is many produce categories—especially vegetables—had weaker growth when matched against 2020.”

To read more details from the report, click here.

With a pattern of growth emerging over the past year, what will 2022 hold for organic fresh produce? Only time and AndNowUKnow will tell, so keep clicking.