SANTA PAULA, CA – The results are in, and Patrick Reynolds, bartender at Wildcat Lounge and “Farm to Bar” columnist at the Santa Barbara Independent, has won Limoneira's best lemon cocktail award for his Manāw a trois creation. This event at the Sofitel Los Angeles at Beverly Hills in November, which pitted Reynolds against some of the best bartenders around, officially kicked off a series of international mixology contests to be sponsored by Limoneira throughout 2015.

The Manāwa (lemon in Thai) uses lemons in three unique ways, thus inspiring the cocktail's name: Manāw a trois. The flavors borrow heavily from their Thai influences, filling the senses with spicy, aromatic and exotic tastes. 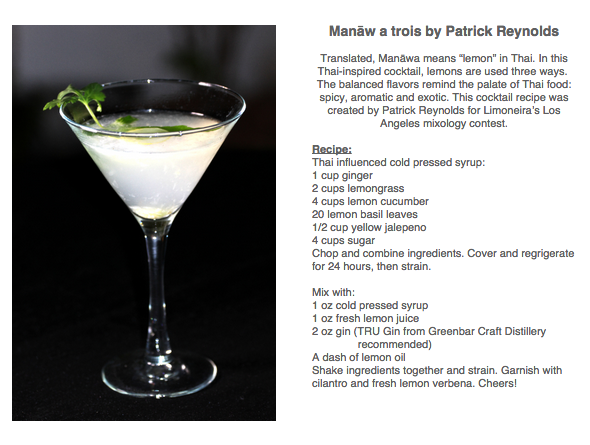 The judges for this contest included: 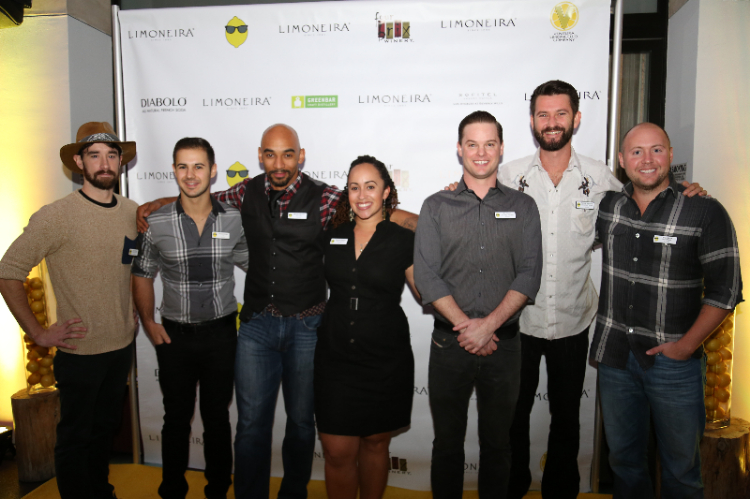 Following this event, Limoneira will be holding additional contests in other major international cities, including Chicago, New York, Lima and Hong Kong. According to a press release, Reynolds will eventually have the opportunity to compete with the winners of these contests for a chance to win a grand prize.

Congratulations on the victory, Patrick!