PHARR, TX - Big news is coming out of Pharr, Texas, as city officials have announced that President Trump issued a Presidential Permit for the expansion of the Pharr International Bridge. The President signed the permit on December 31, 2020, and amends the current permit, allowing for the addition of a new bridge at the international port. 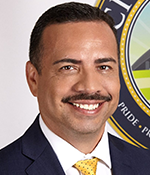 “It is unprecedented that a sitting President of the United States grants a Presidential Permit Amendment with record time, and we thank him for doing so," said Pharr Mayor Ambrosio Hernandez. "This new year began on a positive note with the issuing of this permit for the expansion of the Pharr International Bridge. The City of Pharr is appreciative of the diligent efforts made possible by the government relations and bridge teams at the city level, in coordination with Senators Ted Cruz and John Cornyn, which opened the doors of communication with our presidential administration and federal agencies to accomplish this goal with unprecedented speed due to the forthright and transparent communication regarding the need and urgency of this project. This permit amends the current permit to allow for the expansion of the Pharr International Bridge, and will further support the record numbers of international trade and commerce that transpires on our port of entry. It is a wonderful new year, indeed!”

On average, the permit process usually takes several years before being approved; however, Pharr’s application was fast-tracked due to the tireless efforts of city leaders and staff who worked alongside U.S. and Mexican officials to push for the permit to be signed, according to a release from Pharr. 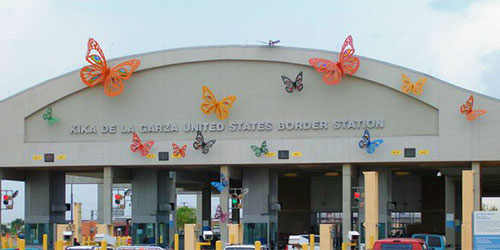 Beginning in September 2019, Pharr worked with Senators Ted Cruz and John Cornyn, as well as members of their staff, to kick off the project. Through the efforts of both representatives, Pharr officials were able to secure meetings with both the White House and U.S. Department of State, leading to the official announcement to the U.S. Department of State in April 2020 of Pharr's intent to expand the international bridge. 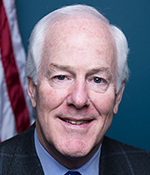 “Pharr’s ports of entry serve as a gateway for billions of dollars in cross-border trade that benefits our state’s economy,” said Senator Cornyn. “Expanding the Pharr International Bridge will enhance trade and travel and benefit all who use the facility.”

Between April and August 2020, Pharr leaders and representatives consulted with major U.S. and Mexican stakeholders, which led to more than 60 letters of support from elected officials at the local, state, federal, and international levels. The project also received support from major transportation and trade associations, border infrastructure groups, and private industry partners that use the bridge daily. 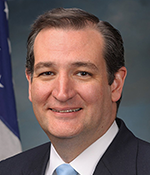 "Texas is home to some of the nation’s busiest border crossings and the Pharr International Bridge serves as an important port of entry to facilitate the United States’ trade and commerce with Mexico. I am grateful the Trump Administration recognized the importance of expanding the Pharr International Bridge to further enhance the U.S.-Mexico trade partnership and increase commerce between the two nations,” Senator Cruz said. “I’d like to commend the leadership of Mayor Dr. Ambrosio Hernandez, City of Pharr City Council, the staff at the City of Pharr, and community leaders for their diligent work on this project and working with our office to help ensure this project was permitted in record time. I was proud to support the Pharr International Bridge expansion project as millions of jobs, in Texas and across the country, depend upon trade with Mexico. I will continue working to ensure future trade opportunities benefit Texas and put American jobs first.”

The new round of expansion will allow Pharr International Bridge to add new lanes to separate trucks and cars, as well as a specific lane for empty vehicles, full cargo, certified cargo, and passenger vehicles. Pharr will also have an official gate-to-gate FAST lane from Mexico to the United States, all of which will help reduce wait times.

The Presidential Permit can be found here.

Congratulations to Pharr as it works toward this momentous expansion!