IDAHO FALLS, ID - The Idaho Advertising Federation has honored Potandon’s new website refresh, having presented creator Manwaring Web Solutions with its Star Garnet Award on March 24th, 2017. The award was presented to company owner, Jarom Manwaring at a ceremony at the Idaho Falls Country Club for the design company’s work on www.potandon.com.

“From a web design standpoint, Manwaring Web brings the total package,” said Ralph Schwartz, Vice President of Sales and Project Manager for Potandon’s website redesign initiative. “In addition to making the Potandon site mobile friendly and loaded with new content, Manwaring Web brought a catalogue of additional services to our company to help us develop our online presence even further than it already was.” 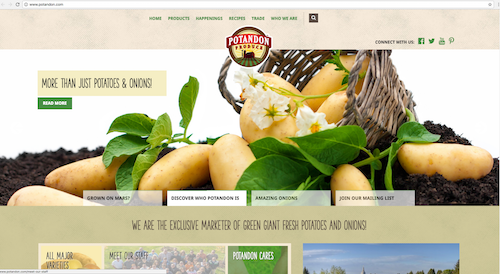 After experiencing the success of the Potandon site, the potato company once-again enlisted Manwaring Web to redesign its heavily-trafficked consumer website www.klondikebrands.com. According to a press release, the new look and feel of both sites has attracted new users, and also allows the company to showcase its capabilities to consumers, growers, and wholesale and retail customers nationwide. Potandon also hinted that a second phase of the redesign will take place later in 2017. 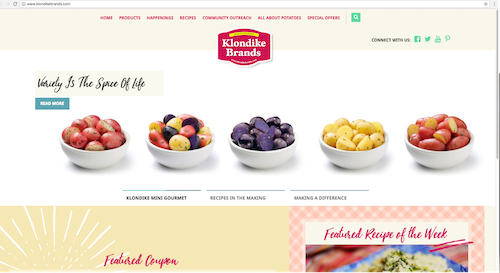 A one-stop shop web design firm located in Idaho Falls, Idaho, Potandon said it was drawn to Manwaring Web by its decades of experience, seasoned programmers, and a level of support after the sale, calling it a hands down choice. To see both websites for yourself, visit www.potandon.com and www.klondikebrands.com.