FLORIDA - Is food waste really just waste, or can it be something much more? That’s the question Dr. Venkataramana Gadhamshetty and his team of researchers at South Dakota School of Mines & Technology are trying to answer. Using Florida-grown tomatoes as their sample, the research team says they could potentially turn the nearly 400,000 tons of annual tomato waste into enough energy to power the entirety of Disney World for 90 days.

“The project began a few years ago when [undergraduate student Alex Fogg] visited my lab in Fort Myers, Florida, and said he was interested in researching a local problem, especially local tomatoes grown in our state and the large waste treatment issue," Gadhamshetty explained to source Newsweek. "We wanted to find a way to treat this waste that, when dumped in landfills, can produce methane—a powerful greenhouse gas—and when dumped in water bodies, can create major water treatment problems.”

When used in what scientists refer to as a “microbial electrochemical cell,” the team has been able to convert 10 milligrams of tomato waste into 0.3 watts of electricity. While this is nowhere near the scale Gadhamshetty hopes for, initial study results from the Journal of Power Sources have shown tomatoes as a viable energy source, according to Newsweek. 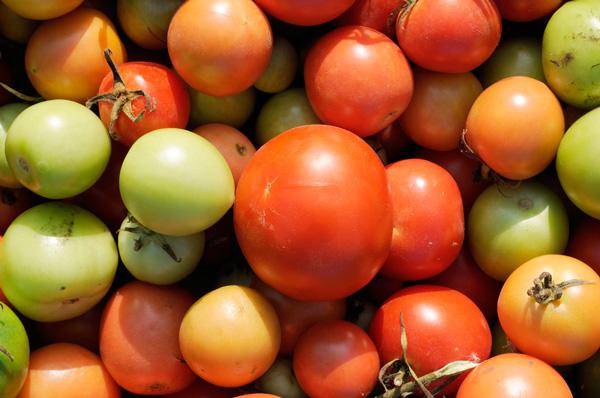 While it does get a little too scientific for most laymen, microbial fuel cells essentially take the electrical current produced by the material’s bacterial breakdown process. Now, the researchers will be focusing on fine-tuning the process to increase the amount of electricity they can glean from the tomatoes.

As Newsweek reports, Fogg's hopes that, eventually, the technology will be to be used for applications like powering rural areas in the developing world that lack reliable access to the power grid.

For more on this potential food waste repurposing plan, AndNowUKnow will update you with the details.