MORGAN HILL, CA - If April showers bring May flowers, then June sun should bring July produce aisle fun! One company ensuring fresh produce fun year-round is Sakata Seed America and its distinguished seed programs. ’Tis the season, though, for fresh lettuce, so I got in touch with Retail Category Manager Robb Bertels and Lettuce Breeder John Heintzberger to find out more about the company’s read on the market. 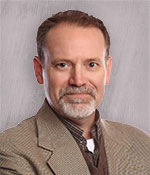 “After an initial dip in pricing after the shelter in place orders, overall demand and pricing has recovered. Volume is also picking up in Salinas,” he began. “Packaged product like Romaine hearts are performing well as retail demand in this sector has increased. Overall, fresh produce sales numbers have been exceptionally strong at retail for the past several months, with weekly lettuce sales in April, May, and June showing 12-13 percent gains over the prior year.”

Robb went on to explain that lettuce item pricing fluctuates daily/weekly depending on volume. He noted that considering our current shelter in place circumstances, the market has responded reasonably well with demand and volume increasing over the past couple of months. 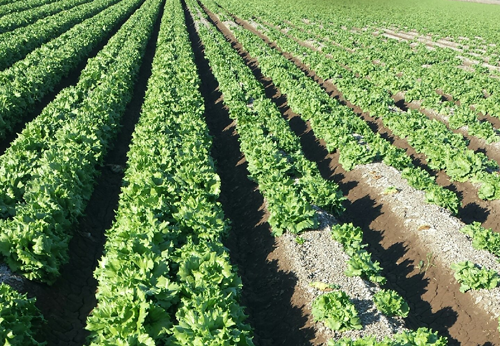 Additionally, volumes in mid- to late-June have been stable, with a couple of slight gaps that helped push pricing up during the month. The quality of product, of course, also comes into play along the supply chain.

“Quality thus far has seemed pretty consistent with last year. One quality issue we’ve seen is related to fusarium and has been around for a long while in the Yuma growing region. However, within the last five years or so, it’s become a problem in the Salinas Valley, as well,” explained John. “We were first to market with a solution to tackle this disease and are seeing great success with our Meridian variety and its fusarium tolerance.”

One of the company’s biggest focuses this season in the iceberg category is its Meridian variety. Renowned for its fusarium tolerance, this variety is leading the segment in resistance against disease. The harvest window is not here yet, but Sakata is looking forward to it in late summer or early fall. 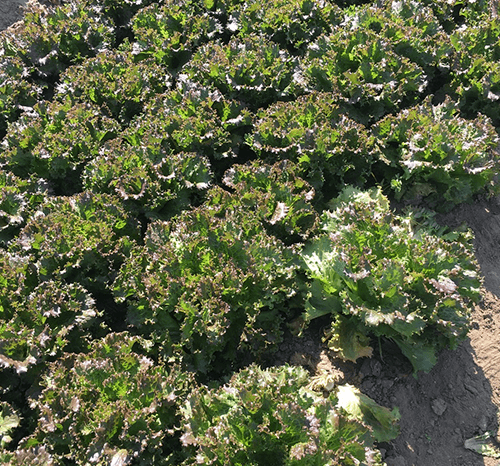 “Currently, we’re harvesting our Regency series, including Regency, Regency 2.0, and Regency 3.0,” John said. “These iceberg varieties are leaders in their segment and show exceptional mildew tolerance, which can decimate crops. The Regency series helps eliminate this potential issue and result in larger, more marketable yields.”

The weather in Sakata’s production regions has been fairly typical for the past eight to 10 weeks. Although there have been some heat events in Salinas, the weather hasn’t had any major effects on volume. The company is extremely focused on the U.S. market, most notably California and Arizona, although it has also begun trialing on the East Coast and Canada to further explore, understand, and strengthen its portfolio in those growing regions.

Since acquiring the Vanguard Seed lettuce program earlier this year, Sakata has seen massive growth, and, according to Robb, that growth shows no sign of slowing.

“The full product line including iceberg, Romaine, green, and red leaf varieties have all been added to the larger Sakata portfolio. This allows us to take these already well-known and prominent varieties in the category and continue to push breeding and trialing efforts forward with a larger network of support and resources,” Robb concluded. “We’re very excited to see what the future holds for this breeding program and continuing to lead the pack in terms of quality, disease tolerance, and grower friendliness.”

So, what are you waiting for? Get out there and revel in all of summer’s fresh produce glory!