WENATCHEE, WA – Stemilt is offering a look at its renowned pear locales in a new video that showcases the company’s heritage and industry leading position growing and packing pears in Washington State’s Wenatchee and Entiat River Valleys. 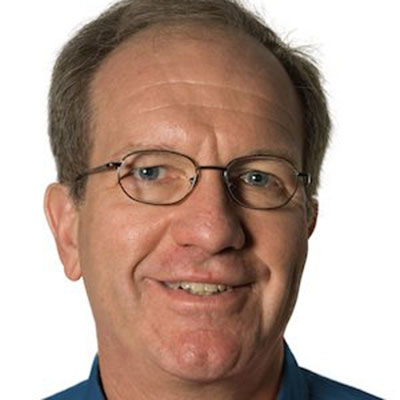 “We know from research and our own engagement with consumers that people want to know where their food comes from and who grew it, so we focused this video on telling that story. The locales Rushing Rivers pears come from are to pears what the Napa Valley is to wine. We want consumers to experience these locales and visually sharing our farms and passion for quality with them in this video allows them to do just that,” said Roger Pepperl, Stemilt Marketing Director.

The video features high-def aerial footage that was shot by a drone helicopter during harvest.  Throughout the video, Mike Taylor and Rudy Prey tell the story of where Stemilt’s Rushing Rivers pears come from and what makes the two river valleys great.

Check out the video here:

The video debuted at PMA Fresh Summit, and according to a press release, Stemilt has added it to its website, blog and social media channels to share with consumers.

“The video focuses on the unique features of the Wenatchee and Entiat River Valleys and how those features combine to create a perfect growing environment where pears thrive. It’s the story that our family growers in the area have known and told for so long, and the story that consumers hear first-hand in the Rushing Rivers pear video,” said Pepperl.

Stemilt and long-time pear partners, Preshastin Hi-Up Growers, have been growing pears in the river valleys for decades.  The valleys run parallel to each other and are separated by the peaks of the Cascade Mountain range.  Their location keeps the orchards cool during summer months and protects the delicate pears.  The snowpack on the mountain provides pure and plentiful water each spring.

“The Rushing Rivers label and new carton is already proving to be a great merchandising vehicle for pears. Displays and signage around Rushing Rivers allow retailers to bring the beauty of where Stemilt pears come from and the passion that goes into growing each one, into their stores. Pears should be prominently displayed during the late fall and winter seasons and promoting Rushing Rivers pears is a perfect way to build category excitement and repeat purchases among shoppers,” said Pepperl. 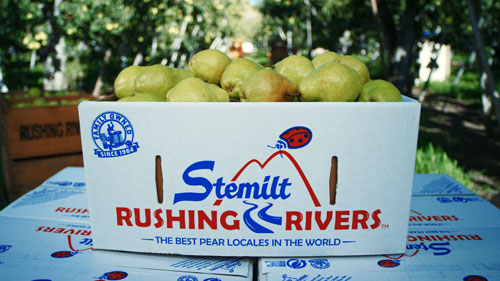 In August, Stemilt introduced Rushing Rivers as its label for pears and began packing pears in a new carton featuring the Rushing Rivers logo and tagline “the best pear locales in the world.”  That, along with the video, help to tell the story of where the pears came from and how they were grown.