WENATCHEE, WA - In the words of the Jonas Brothers, “This is an S.O.S.!” Were Kevin, Joe, and Nick to have joined me on a recent call with Stemilt Growers’ Roger Pepperl, I’m sure they would have altered their pop-anthem to instead belt out, “This is a cherry S.O.S.!” because the Washington cherry season is officially underway and retailers shouldn’t just get in on the action, but be the action!

“I recommend retailers get their promotions, ads, deals, and shelf-space started right away in order to prepare for the Fourth of July festivities,” Roger emphasized. “We started picking a little bit of fruit this past weekend, starting with the Chelan variety, and now, on June 13, we’re officially ramping up. We have yellow cherries, including early Rainiers and early Robins, as well as Skylar Raes all starting, so retailers should get them on promotion and get the SKUs out there.”

Stemilt Growers has also begun harvesting its organic varieties, which Roger explained is a growing category that consumers are clamoring for. If retailers don’t tap into this category, they’ll surely miss out on a few key rings at the register. Roger noted that retailers can sell the organic varieties for a dollar more a pound than the conventional varieties—let’s get that bread, retailers! 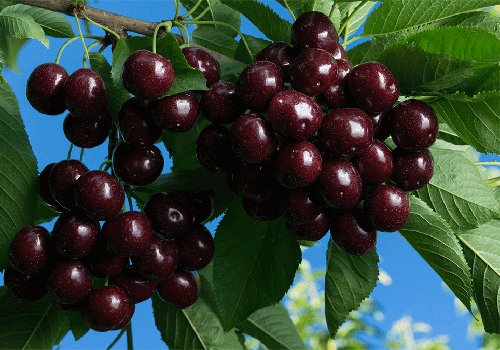 More importantly, not only is the season officially in effect, but the fruit coming out of it is already in the tippest-toppest shape.

“Although we had early spring rains in Washington, it’s been dry here for three weeks, with warm conditions causing cherries to come out early. So, pack outs, color, and quality are all going to be high,” Roger continued. “Basically, because of the fantastic weather, we’re going to have great color, not a lot of splits, and green stems. And, volume at this point is not going to be an issue; we will have plenty of volume for all of our conventional and organic varieties—that’s going to get sucked up really quickly, so now is the time to get in on this.” 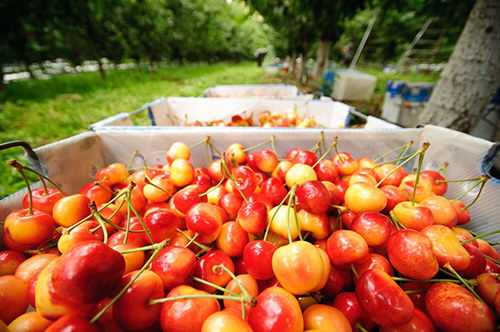 All Stemilt Growers’ varieties are available in clamshells, pouch bags, and top seal packaging, which touts a clean, slick look that’s resealable. Arrangement sizes currently range from 11.5 to 9.5, but Roger revealed that as we get closer to the 4th of July, there will be more 9.5 arrangements, meaning more high-quality cherries.

You heard the man; stock up on Stemilt Growers’ Washington cherries before it’s too late! This is one season you’re not going to want to miss out on.

For more crop updates like this, AndNowUKnow will continue to bring you the latest.