WENATCHEE, WA – Stemilt is putting the pedal to the medal with an innovative retail demonstration that seeks to capture millennial attention.

Stemilt’s Blender Bike, a stationary bicycle that can power a blender, ventured across various Schnucks Markets stores on a four-day tour to promote the company’s Fresh Blenders and offer freshly-made smoothies to shoppers.

“I was really amazed how many customers told me they are currently juicing or making smoothies at home,” said Jocelyn Gerard, Stemilt’s Merchandise Manager. “In particular, the kids really seemed to be on board with drinking smoothies.”

Schnucks customers had the opportunity to hop on the bike and run the blender using bicycle power. The Simple ABC Smoothie recipe, which can be found on Stemilt’s website, was tasted by over 1,000 customers during the tour, according to a press release. 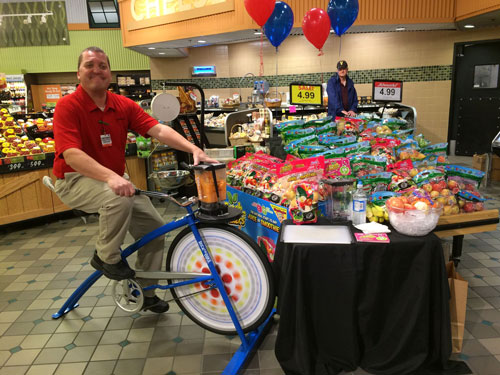 All in all, the Blender Bike traveled from Stemilt's Chicago headquarters to Schnucks stores in Champaign, Urbana, Montvale, and Edwardsville, finishing in St. Louis with stops at Schnucks’ downtown Culinara store and ending on Halloween at Des Peres.

“For Halloween, Schnucks Des Peres had a costume contest for Store Associates and this only added to the fun,” Gerard continued. “Witches, fairies, and even a Stemilt ‘apple’ took the Blender Bike for a spin.” 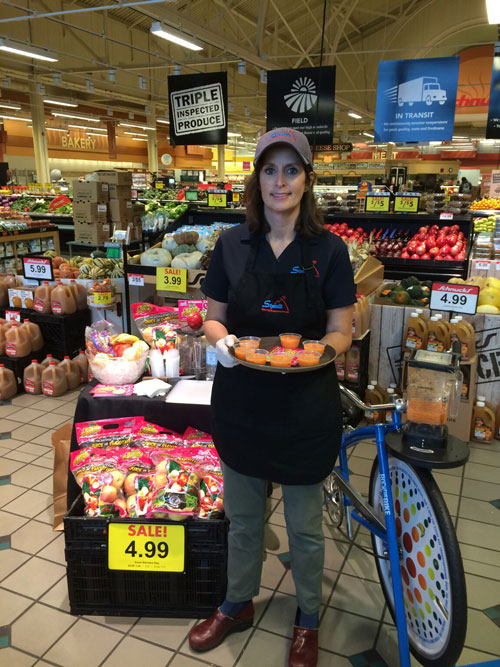 Stemilt’s Fresh Blenders are available year-round and are packaged in convenient grab-and-go re-sealable pouches. Each bag contains five pounds of apples in two flavor profile offerings, sweet and tart, and features a recipe and QR code linking to Stemilt’s website for more juicing and smoothie recipes. The company says that Fresh Blenders make a great tie-in with much of the produce department to create additional sales in kale, spinach, berries, bananas, and more. 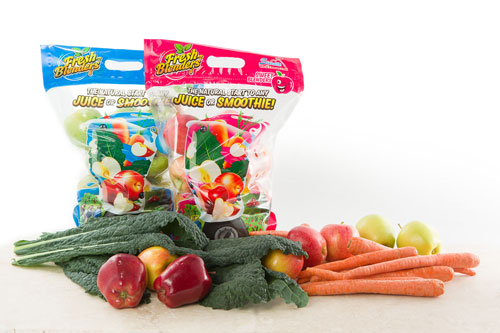 Keep an eye out for Stemilt’s Blender Bike making its way to more retail stores near you.