“Participating in Food Fete provides us the rare opportunity to connect our proprietary products with some of the top national media based in New York,” Roger Pepperl, Director of Marketing for Stemilt, said, according to a press release.

Held on October 27 at the Helen Mills Event Space, the Piñata® was served at the well-attended event as the team explained the apple’s unique heritage and flavor profile. A cross between Golden Delicious and the two heirloom varieties, Cox’s Orange Pippin and Duchess of Oldenburg, the apple is described as having a sweet-tart-tropical flavor with a thin skin. 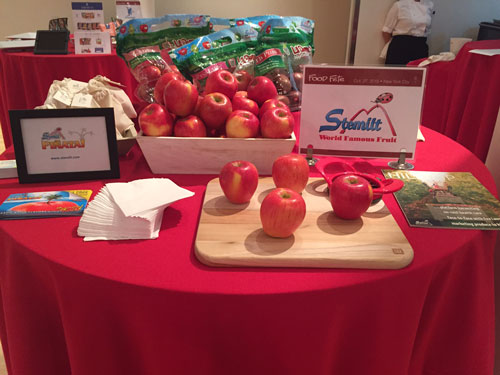 Trish Clausen of Good Housekeeping, Lilian Woo of Fox News, Madeline Lankieb of the Food Network, and Amy Capetta of Yahoo! Health were just a few of the noted media members present at the event.

“We love coming out here and sharing our fresh produce with top-tier media. Given the great feedback we received from event attendees, we are confident they will share their love of Stemilt and the Piñata® with their readers,” Roger added.

According to Stemilt, not only was the Piñata® its shining representative on the floor, but the only fresh produce product, keeping the company’s booth busy throughout the two-hour-long show. 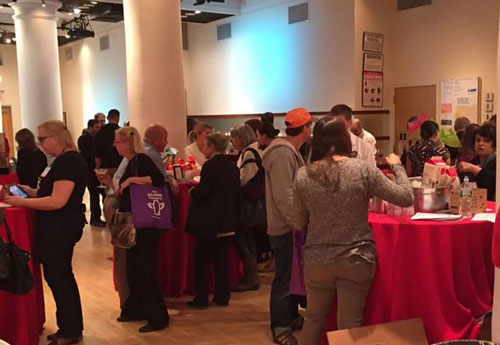 With the holiday promotional season upon us, the company also noted that Food Fete was an ideal time to promote the Piñata® apple’s usefulness not just out of hand, but in holiday tradition recipes like pies, cakes, and other baked goods.

Overall, it seems this event was a strong kickoff to the new signature Piñata® season, whose availability begins this month and lasts through May of 2016.