UNITED STATES - Aesop once remarked that “adventure is worthwhile,” and the United Fresh Produce Association seems to be in agreement. In fact, representatives from the association are currently bounding across the continent, making their way through North America, meeting with the winners of its 2017 Retail Produce Manager Awards, and in partnership with Dole, celebrating outstanding produce managers on the front lines of fresh produce. 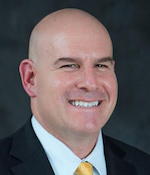 “As we near the end of this year’s tour of the 2017 winning produce managers, it’s so inspirational to see how these individuals are making a difference every day in their consumers’ health and serving as leaders to their in-store teams,” noted Jeff Oberman, United Fresh’s Vice President of Trade Relations. “The industry can gain valuable input from these produce managers about how trends are gaining traction in various regions and with different consumer demographics. We look forward to having these produce managers interact with exhibitors and attendees next month at United Fresh 2017 in Chicago!”

Award winners from across the country will be honored at United Fresh 2017 in Chicago, June 13-15, and over the past month, Oberman has toured the United States and Canada, visiting award-winners and meeting with their executive merchandising and procurement teams in the buildup to the event.

I reached out to leaders at Coborn’s Inc, Food Lion, and Martin’s Super Market to find out just what made honorees from each company so successful and such an important part of their company’s culture. 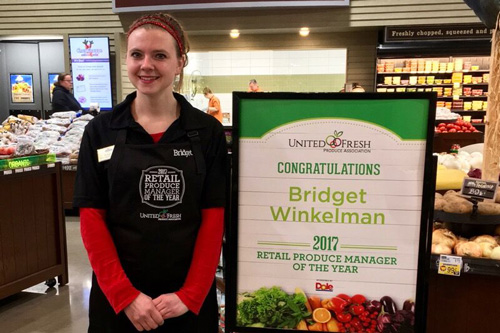 The first of honorees is Bridget Winkelman, Produce Manager at Coborn’s Isanti, Minnesota-location. I spoke with Tom Williams, Director Produce and Floral, about what makes Bridget such an exceptional manager. 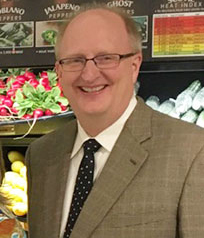 “Bridget is an outstanding choice for this award and a great representative for Coborn's,” Tom told me. “She is passionate about offering her guests the best quality produce in a fun, well-merchandised department. She keeps up on what is new and exciting and is always on the lookout for that next variety that has great flavor! She leads by example and is an advocate for her team and our guests. I am proud to have her on our team!”

I also talked with Chris Dove, Director of Produce Category & Merchandising for Food Lion about Ricky Rommell’s win. Ricky has been wowing customers and coworkers alike with his exemplary work at the Food Lion in Wallace, North Carolina, and we asked Chris to comment. 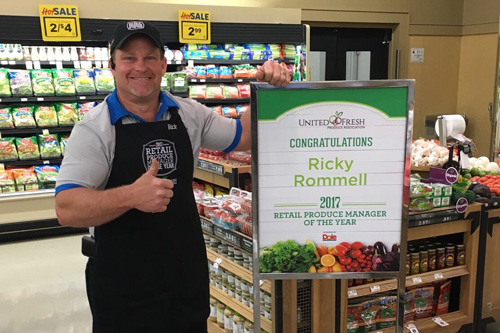 "This is the second year in a row that Food Lion has had a United Fresh Produce Manager of the Year award winner,” Chris said. “This speaks volumes to our progress in providing our customers high-quality fresh produce at affordable prices. Ricky exemplifies our count-on-me culture every day and is great to see that he will be representing our company amongst produce industry leaders in Chicago this coming summer." 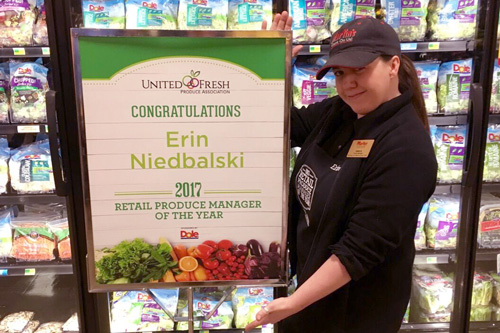 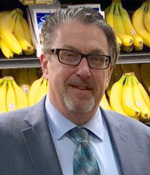 “Erin is an outstanding example of the high level of knowledge and customer service our produce managers and staff bring to Martin’s Produce Departments every day of the year,” said Osowski. “Erin is a leader in her department as well as in her store. We’re proud that she represents the best that Martin’s produce professionals offer to our customers.”

Since United Fresh’s Retail Produce Manager Award program began in 2005, nearly 300 retail produce managers, representing more than 90 different retail banners, have been honored for their contributions to the industry. Dole has been the primary sponsor of the program for the last three years, and Bil Goldfield, the company’s Director of Corporate Communications, notes that the company is more than pleased to play an important part in recognizing these produce managers and the important contributions they can and do make in the industry. 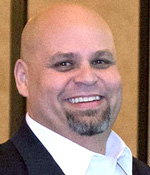 “I think these produce managers are a virtually untapped resource for marketers,” said Bil. “They know what shoppers are buying and why, what they aren't buying and why, they see the trends before we do. Their expertise can help us answer the needs of consumers.”

Award winners will be honored by United Fresh and Dole at United Fresh 2017 in Chicago, June 13-15. For a full list of winners, visit: http://www.unitedfreshshow.org/retail-foodservice-celebration-dinner.