IRVINE, CA – There’s a true testament that needs to be recognized for the industry pioneers and veterans who’ve built brands to last and inspire across the board. In this vein, David Gill has been selected by Western Growers to receive its prestigious 2017 Award of Honor.

“I’ve seen the caliber of individuals who have received this award in the past, and I’m truly honored to be this year’s recipient,” said David, Partner at Rio Farms. “I’m the kind of person who keeps his head down and does what I feel is right—working hard, doing a good job, and treating people with fairness and respect. I’m humbled by this honor, and it’s an incredible privilege.”

Western Growers stated that David was chosen for the award as one of the agricultural industry’s most distinguished pioneers. According to a press release, the Award of Honor is the company’s highest recognition of industry achievement, given only to individuals who have contributed extensively to the community.

David will be recognized at the Award of Honor Dinner Gala at the Western Growers 92nd Annual Meeting on Monday, October 30, 2017. The event will be hosted in Las Vegas, Nevada, as David is honored by his peers, family, and friends.

“David’s compelling life story and incredible achievements are a testament to his commitment to agriculture,” said Tom Nassif, President and CEO of Western Growers. “His drive and perseverance are inspiring, and his impact will echo throughout the industry for years to come.”

David’s leadership played an integral role in a number of companies, including Rio Farms, Gills Onions, True Leaf Farms–Church Brother Farms, American Farms, G&H Farms, and Mission Ranches. Through his contributions, each grew the capacity to bring fresh produce to their state, nation, and world.

“I first met David in 1971 when we were both playing football at Cal Poly,” said Steve Barnard, ‎President and CEO of Mission Produce Inc. and David’s longtime friend and colleague. “David is one of the most generous, successful, and unassuming champions in our industry.”

David gained a renewed sense of purpose to put an even stronger emphasis on giving back to the industry and community after suffering a broken neck and back in a horrific helicopter accident in 1998. David fought against the odds to go on and win the AT&T Pebble Beach Pro-Am only 14 months later, demonstrating to millions the resiliency and determination that his friends and colleagues in agriculture have long admired.

Throughout his career, David has remained a strong advocate for the industry, and routinely reaches out to Congress and the state legislature on agriculture’s most pressing concerns—such as labor, water, and regulatory compliance issues. 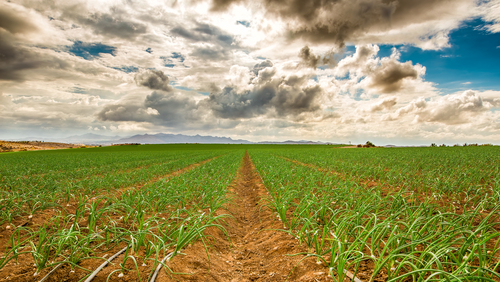 David remains deeply engaged in the industry and generously donates his time as Chairman of the Hartnell College Ag Steering Commiting, and actively participating in leadership roles with the Grower-Shipper Association of Central California, California Farm Bureau Federation, Produce Marketing Association, and Western Growers. Today, David remains as an influential voice on the WG Board of Directors after having served as Chairman in 2001.

David is also heavily involved in the King City community, where he hails from. David provides guidance to the next generation of leaders as Chairman of the Board for the First Tee of Monterey County. He is also an avid supporter of King City Young Farmers, Boy Scouts of America, and the Future Farmers of America.

Congratulations on this well-deserved award, David, from your friends at AndNowUKnow!