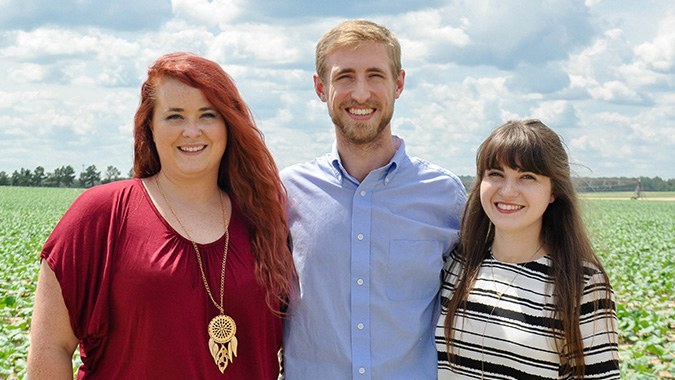 “We are of course elated to have Lauren, Robert and Amber join the company,” said third-generation family member Karen Johnson, Vice President of H&R and Administration. “It is especially meaningful this year as we celebrate 90 years of WP Rawl. I know our grandparents, Walter and Ernestine, would be proud of everything we have accomplished and that the family continues to have interest in growing the business and carrying on the legacy.”

This summer, Lauren and Robert Clifton accepted full-time positions at WP Rawl, joining the second and third generations already running the company. Lauren and Robert, daughter and son of Susan Clifton, Vice President of Finance & Administration, are eager to learn more about all aspects of the business. According to a press release, Lauren graduated from Anderson University in 2013, while Robert followed the footsteps of his great uncle Howard Rawl, uncle Charles Wingard and second cousin Ashley Rawl, earning his degree from Clemson University.

Amber Rawl, daughter of Dean Rawl, Vice President of Equipment and Engineering, is also now working full time at WP Rawl. She fills her role at the company while simultaneously attending Midlands Technical College. All three have previously worked at the Pelion, SC headquarters during the summer and say they look forward to developing their careers and contributing to the growth of the family business.

Amazon Teams Up With Lyft