$1.8 Million in Methamphetamine Uncovered in Shipment of Tomatoes

PHARR, TX - After U.S. Customs and Border Protection thwarted the latest drug smuggling attempt at the Pharr International Bridge, I think it’s time we all agree that fresh tomatoes don’t make for the best drug mule—for more reasons than one! Last week, authorities uncovered $1,800,000 worth of methamphetamine in a commercial truck carrying fresh tomatoes from Mexico.

“Our officers’ outstanding ability to work as a team along with great utilization of all available tools and resources resulted in the detection of these hard narcotics, which won’t make their final destination within the U.S.,” said Carlos Rodriguez, Port Director of Hidalgo/Pharr/Anzalduas Port of Entry, in a press release. 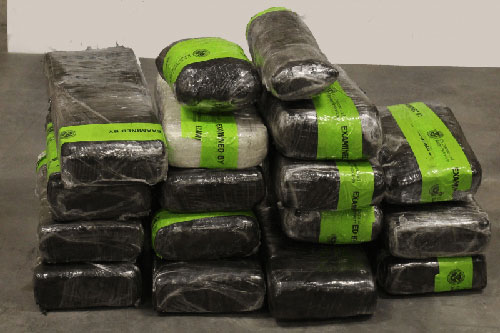 The tomato-carrying truck first came under inspection after a CBP officer referred it at the Pharr-Reynosa International Bridge cargo facility. Upon closer examination and non-intrusive imaging system inspection, a spare tire under the truck’s trailer led officers to believe there was a cause for concern, which ultimately led to the discovery of 17 packages of meth concealed within the tire. Each package weighed 88.3 pounds.

While CBP authorities have not disclosed who was behind this latest produce bust, an investigation is underway and the industry can rest assured knowing justice will be served.