WENATCHEE, WA - The Smitten™ Apple is back in force, with North America license-holder Pegasus LLC recently outlining not only increasing volume for the variety, but new organic production.

“It’s a pure taste play—like only Honeycrisp has experienced,” Don Zornes of Smitten North America said in a recent statement of the unique strategy in growing this apple.

Originally out of New Zealand and coming into its own after limited offerings from young orchards last year, the apple now looks ready to grow not only its conventional volume, but with new organic production coming on line this year.

Commenting that in the “Truth Age” of rapidly distributed information, Don said that consumers, millennials in particular, have moved beyond the large red aesthetic and are ready for food with superior internal quality. 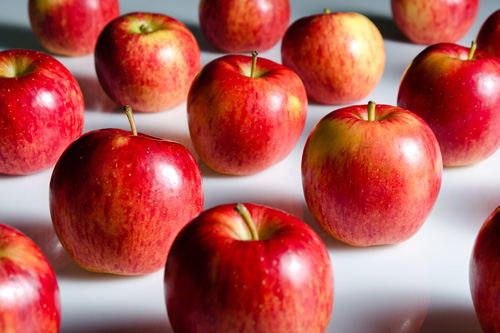 “Smitten fits that model perfectly; it’s of average size and bi-colored like apples occur in nature. The taste is out of this world and draws raves like no apple before it. In addition, it has indescribably good and predictable crunch—again, measurably superior to any other commercial variety. These are not subjective claims, but backed up by scientifically-tested pressures and brix,” he stated.

A non-GMO fruit bred by traditional methods, Smitten’s license holder, Pegasus LLC, is owned by the Randy Steensma and Barclay Crane families, who were there at the very beginning of Honeycrisp and understand that phenomenon, having been amongst those to plant some of the first Jazz and Pacific Rose varieties. Crane and Steensma spent the better part of two decades looking worldwide through hundreds of promising new varieties before stumbling onto Smitten. 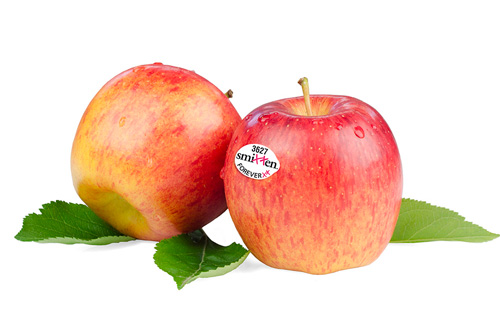 “They knew immediately,” Zornes explained of Smitten’s flavor, saying it was “clearly superior to anything either of them had ever eaten.”

Zornes pointed out that as young acreage comes on line and trees mature, pack-outs and commercial volume will settle into a more predictable quality that bodes well for success at retail.

“It’s normal for new varieties to go through growth pains as the first young orchards mature, eventually orchards hit a groove and the retail product becomes predictable,” he said. “We are enormously confident in the product, consumers will come back for this one as they did for Honeycrisp.” 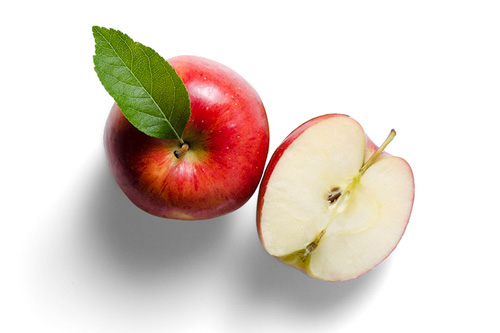 Already receiving feedback via email on a regular basis, Smitten is a variety Zornes describes as a phenomenon, inspiring rave reviews. With an apple in our name and keen interest on the latest and greatest flavors in fresh, AndNowUKnow will continue to keep an eye on this and other varieties on the rise.

Smitten™’s flavor and bite are enough to make it a hit, but it had more attractive attributes waiting to surprise us. Its...