BARNESVILLE, OH – At the 54th Annual Barnesville Pumpkin Festival this weekend, attendees were treated to a spectacular sight—as growers from around the area brought their gargantuan gourds to compete for the heaviest pumpkin. The winner? Defending champions Todd and Donna Skinner—who brought their 2,150 lb. entry to the festivities with only minutes to spare.

Local Fox affiliate WTOV9 reported that crowds filled the streets of Barnesville to witness the inaugural weigh-in—the event in which farmers compete to take home the title of “King Pumpkin.” 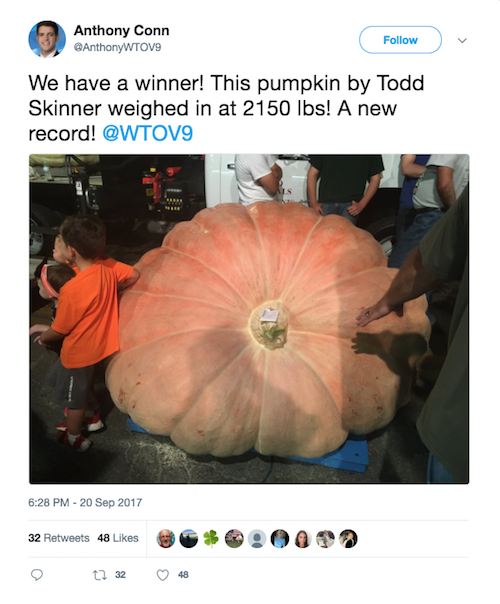 As the festival has grown over the years, the news source noted, so have the entrants—with massive pumpkins presenting logistical challenges. 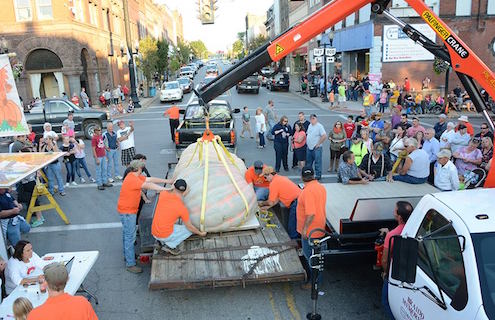 The winning pumpkin rolled up to the proceedings on a flatbed truck at the 11th hour and stole the show with its record-breaking weight, taking home a grand prize of $2 per pound—some $4,300.

Will Todd and Donna’s pumpkins continue to reign supreme, or will a contender come along next year to take the throne? AndNowUKnow will keep you informed with any rumblings of pumpkin princes waiting in the wings.