LUXEMBOURG - New formats these days have often taken the shape of smaller storefronts, as brands either chase after the convenience of Amazon Go or the curated feel of an organic banner. However, sometimes bigger truly is better, as Delhaize—Ahold Delhaize’s Belgian banner—recently debuted an entirely new format that is the banner’s biggest yet.

"Delhaize listens to its customers, more than ever before,” stated Store Manager Christophe Remacle to news source Retail Detail. "I think we managed to show that with this new concept, and I am sure our customers agree with me on this.” 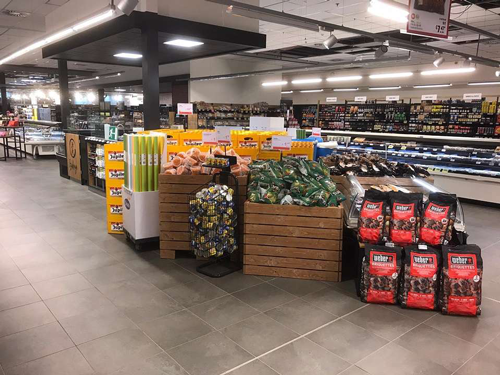 Measuring at roughly 37,135 square feet, this store is closer to the size of an average American supermarket, but the marked differences can be seen in the pathway the shopper takes through the store. Usually, Delhaize stores have their consumers begin at the produce section, but this concept offers a choice to take a shortcut to the ready-made products. These obviously include deli products, but interestingly, the new format has also placed its value-added fruits and vegetables, alongside fresh fruit juices, here.

Given that this change was made after consulting shoppers directly, it stands to reason that value-added is reshaping the very foundation of grocery stores themselves. Will we see this trend hop across the pond? AndNowUKnow will continue to report the latest in retail news.