CANCUN, MEXICO - In the past decade, protected agriculture has maintained an exceptionally high rate of growth in Mexico. With the 9th Annual AMHPAC convention just weeks away, AMHPAC CEO Alfredo Diaz Belmontes spoke with me about the ever-evolving produce landscape and how the demand for consistent, quality, year-round products has made Mexico an international player.

“The average annual growth of protected agriculture in Mexico has been approximately 1,500 hectares per year, for the last 15 years, and we estimate that the value of the installed infrastructure is over 3.5 billion dollars,” Alfredo tells me. “One of the most notable changes in Mexican protected agriculture in the past ten years has been in the central region of the country. There has been a large investment in greenhouses with automation and climate control technologies that allow for year-round production, which allows for more supply in off-season months.”

Alfredo mentions that 80 percent of all Mexican produce that is grown under protected schemes is destined for export to the United States, 6 percent goes to Canada, and the remainder stays in the national markets. 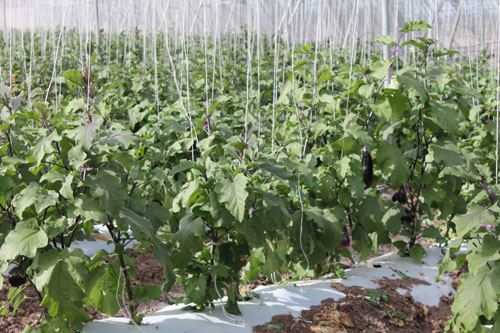 Part of the growth in exports has also been from a greater demand for organic fruits and vegetables.

With all this in mind, AMHPAC is continuing to work hard to investigate what the markets are demanding so that Mexican suppliers and partners can further diversify their offerings and expand their product portfolio with two purposes: to make a more profitable businesses, and to be less vulnerable. AMHPAC currently represents over 230 growers in 24 states. 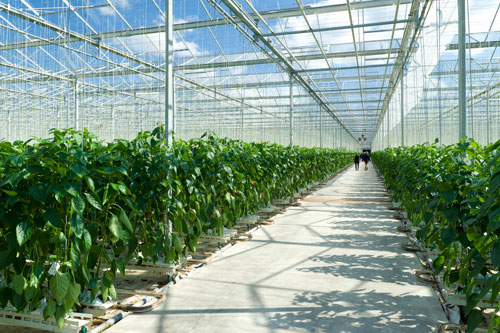 “We have stockpiled a lot of market information that includes the demand for different products that traditionally come from exporting- cucumber, tomato, and pepper- which can help them in their decision making process,” he says as AMHPAC looks to diversify and compete on the international stage.

Some of these categories for growth in Mexico include artichokes, as previously noted, more organic products, and some specialties.

Here are some growing stats for you, to break down produce landscape in Mexico:

These areas could be considered some of the best places for hothouse production for the vast majority of the protected agriculture infrastructure comprised of hothouses is Mexico.

“But, different geographical regions require different technologies implemented in order to get the best yields,” Alfredo tells me. “The northern regions of Mexico have rather large surface area hothouses that are just to protect the crops but are still at the expense of the weather, whereas the central regions have smaller production units but that have more technologies implemented, like automation and climate controls.”

The growth trend in Mexico is also being maintained due to several factors including climate change, market preference, and the opening of Mexican banks to finance ag activity.

One of these increasing areas of activity is in the Central area, "Bajío," and West of the Mexican Republic, where medium and high-tech structures are taking off, according to Alfredo. In the central part of Mexico, west and "shallows" are high tech operations, as the weather in those states requires it. These facilities have the latest technology because they are plastic or glass greenhouses, and need automated irrigation and fertilization, among others.

And to think this is only a drop in the bucket of what I have learned from Alfredo as the countdown to Cancun quickly ramps up.

Nestled in this tropical locale, the event will take place at the Fiesta Americana Condesa Hotel where businesspersons and decision makers alike will learn, listen, share experiences, and build relationships that are sure to fuel further growth in this amazing country.

See you all there!