LOS ANGELES, CA - With the demand for viable long-term protein substitutes rising alongside the exponential growth of the world population, desire for a comparable substitute to animal protein has become an unavoidable sector of the market. Ethan Brown and his team at Beyond Meat have already began work to create a meat analogue that looks and tastes enough like the real thing to sway even the most ardent carnivores. His efforts will now progress with the aid of a new lab in El Segunda. 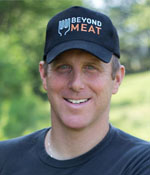 "There's a lot of people who have created meat analogues out of soy that loosely mimics the experience of meat," Brown said to the Los Angeles Times. "But we really want to look at this in a more fundamental way, and we want to be the first people who build a piece of meat perfectly from plants."

The brand has doubled revenues since last year, gaining not only market success (the brand now boasts menu space at TGI Fridays, Bareburger, and BOA Steakhouse), but also, celebrity endorsements from basketball star Kyrie Irving and the writers of South Park. 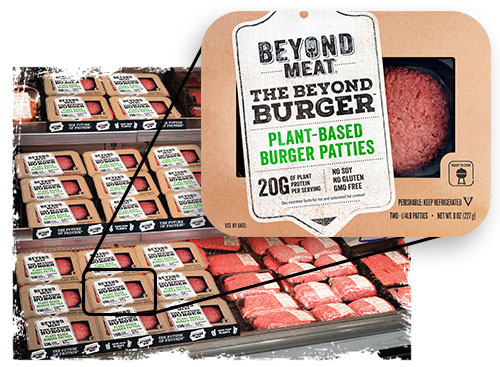 Brown refuses to settle for imitation quality substitutes; he instead wants to make the chicken strips, ground beef, and (soon-to-be-released) sausages indistinguishable from their real meat counterparts. Brown hopes to someday reach the prophesied vegan pinnacle of substitute steak and bacon.

"Then go work at Morningstar," Brown says to employees who feel comfortable settling for what he refers to as mediocre, paleteable, and other fake meat substitutes, "It has to be indistinguishable."

The new El Segundo location will add 26,000-square-feet of research and development space in which the companies 150 current employees and 40 prospective new hires may further push the boundaries of the product. 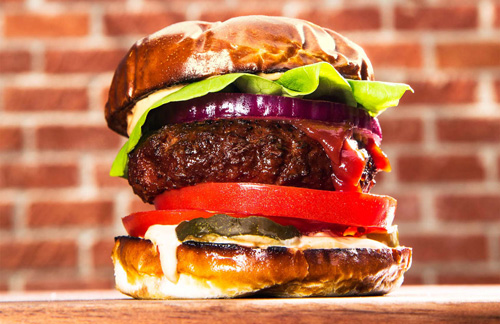 Beyond Meat has received investments from the likes of Bill Gates and, with $72 million in funding, according to the Los Angeles Times, and a diverse portfolio of backers from Tyson to the Humane Society-Beyond Meat, has begun the uphill battle against, or rather, for the 98 percent of Americans who still indulge in animal flesh. For this seemingly indomitable task, Brown has recruited biochemists and biophysicists in addition to food scientists.

"As much as we need food scientists, we realized we had to have a broader set of tools," Brown said. "Over 1,000 molecules make meat taste like meat. It's painstaking matching those molecules in plants to create the same sensory experience."

To continue following the consumer push towards a comprable animal protein substitute and the industry response to such a daunting task, keep reading AndNowUKnow.