“Borda brings years of experience and knowledge to his new role.  He has been active in the organic industry for over twenty years from his start at Pavich Family Farms in 1992, through developing the organic carrot program as Director of Organic Sales for Bolthouse Farms, that later evolved into the Director of Retail Sales prior to his departure,” says Jeff Huckaby, Executive Vice President of Grimmway Farms.  “His most recent role, Vice President of Marketing at Grimmway Farms, has provided him with invaluable insights into our company culture as well as a solid understanding of our Cal-Organic operation.” 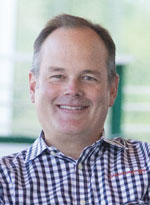 Borda succeeds Todd Linsky, who resigned this past month. While Borda begins his new role, Carl Williams, has been promoted to Director of Organic Sales.

Borda says he’s excited to work with customers in assisting them with the growth of the organic vegetable category.

“I look forward to working with Carl Williams in my new role. Carl and I have worked closely together in past endeavors, and we both are excited to team up once again. This collaborative approach provides enhanced insights to support the planning and execution of our program. Continued development of customer relationships is most important to me,” continued Borda.