CALIFORNIA - As temperatures remain high throughout the west, wildfire season continues in the Golden State. The industry is keeping an eye in two fires in particular, the Alamo fire in Santa Barbara County, and the Schaeffer fire in Kern County.

The Schaeffer fire in Kern County grew to more than 14,000 acres on Saturday, according to The Porterville Recorder. So far, the fire has stayed away from growing regions, though it is bringing smoke to the region which is impacting harvest and labor time.

“Everything is good at Anthony Vineyards, the only thing we get is the smoke,” John Harley, Sales Manager, tells me. “Between the smoke and the heat here in Kern County, we are only harvesting for about six hours a day. This has tightened up the market and availability of the product.”

The Schaeffer fire was caused by lightning, and has grown mostly to the southeast by more than a thousand acres every day. So far, the fire is not threating a large number of structures though roads and trails in the area have been closed until further notice. As of Sunday, the fire is 11 percent contained. 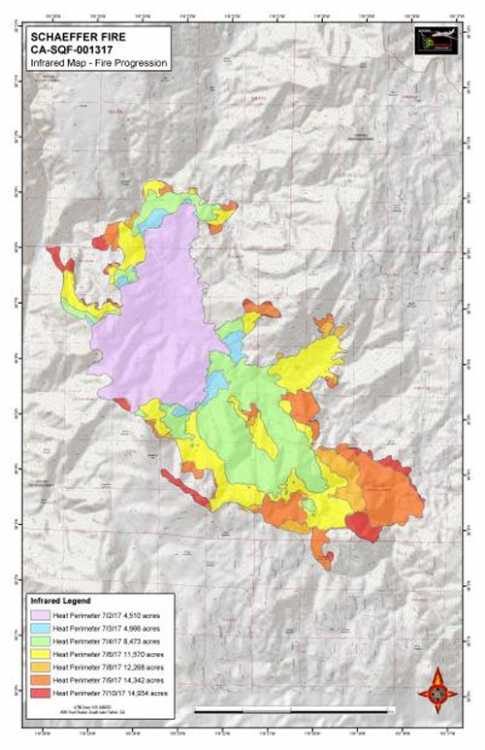 The Alamo fire also grew this weekend, as it burns east of Santa Maria in Santa Barbara County. Though The Tribune reported that 133 structures are threatened, our sources in the area say that so far just smoke clouds have been noted in most produce regions.

The fire started on Thursday. Over the weekend, Cal Fire noted, the fire grew about 5,000 acres overnight to around 28, 926 acres. Road closures are still in place, most notably on Highway 166, and containment is at 15 percent. 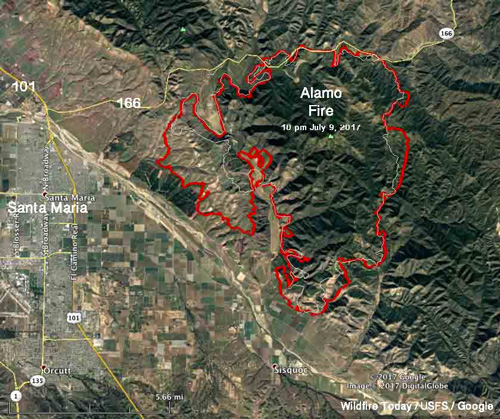 Firefighters across the state expect a drop in temperatures this week to aid in their efforts.

As wildfire season continues, AndNowUKnow will keep you updated on all the latest in relevant produce regions.