UPDATE – Our initial coverage may have implied that bee deaths were attributable to almond growers. That is not the case, and evidence suggests that other nearby crops using pesticides including Carzol—an insecticide that was found in bee bodies and bee pollen by USDA lab reports during the investigation—may have been to blame.

California almond growers adhere to a stringent best practices developed by the Almond Board of California to ensure the safety of bees and the continued success of both almond growers and apiarists serving the industry.

“The Fresno County Ag Commissioner did take some residue samples of the bees and confirmed that it was an insecticide used in cultivating nearby crops. In some fashion, the bees were exposed to that insecticide,” Bob Curtis, Director of Agricultural Affairs with the Almond Board of California clarified with me, citing reports from NPR’s Julia Mitric. “Beekeepers are very straightforward about saying that they have a great relationship—a very good partnership—with almond growers, and they realize the importance of the bees. We at the Almond Board, along with the almond growers, have worked diligently to make sure that almonds are a good and safe place for the bees.”

FRESNO COUNTY, CA – A rash of unexplained bee kills this winter resulted in losses of more than $2 million for beekeepers in Fresno County in California—and untold financial losses from under-pollinated crops in orchards.

According to a recent report by Capital Public Radio (CPR), beekeepers along the east side of the county—in Sanger and Reedley—and in the Kerman area were hit by bee deaths that are currently under investigation by the Fresno County Agricultural Commissioner’s office. 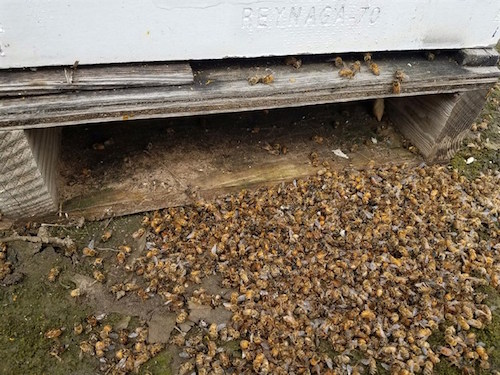 Rafael Reynaga, a beekeeper who reportedly suffered a $100,000 loss in bees employed in pollinating local almond crops told the news source that he believed improper pesticide exposure caused the bees’ deaths. “The bees act in a specific way when they are poisoned,” said Reynaga. “They fly in circles close to the ground.” 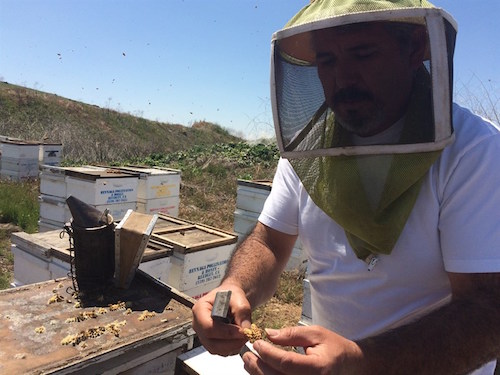 During almond season, the busiest time of year for commercial beekeeping, bees are lent to various growers in a painstaking process to maximize efficiency and ensure bees’ health and safety. A notification system keeps beekeepers apprised of pesticide application, and growers must file a "Notice of Intent" with the Fresno County Agricultural Commissioner if they plan to apply any substance that is, according to the label, potentially toxic to bees. Afterward, the grower (or pesticide applicator) is required to message registered beekeepers with a 48 hours notification ahead of the application.

“This shouldn’t have happened,” Gene Brandi, President of the American Beekeeping Federation, told CPR. “You can see it’s more than a claim. It’s losses they have experienced. It’s real. And it’s a major negative economic impact on their businesses and on the growers, too. The growers are paying for good bees and they got these dead ones that aren’t going to pollinate one nut.”

As of now, though beekeepers and growers may file claims, the Fresno County Agricultural Commissioner’s investigation has yielded no easy answers. While chemicals used in the cultivation of nearby crops were recovered in bee bodies and bee pollen, no evidence of impropriety on the part of these growers appears to be forthcoming.

"So far, there’s nothing we’ve found that has been done that is in violation of any regulatory requirements according to the label,” Tom Ullmann, a representative of the Commissioner’s office told CPR. Bee bodies and other materials have been collected and sent to the California Department of Pesticide Regulation.

AndNowUKnow will continue to report on this and other serious news in the produce industry.