CHILE – In a display of support for those affected by Chile’s recent rash of wild fires, the Fruit Exporters Association of Chile (ASOEX) has affirmed its support for reconstruction efforts in affected areas. The association has committed an undisclosed amount to aid in relief efforts. 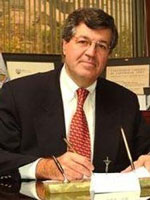 "We are deeply saddened by the loss of human lives, houses, infrastructure, labor and animal resources in the affected areas,” said Ronald Bown, Chairman of the Board of ASOEX, in a press release. “We are committed to working with the authorities in their efforts to solve the problems that affect us as a country. This includes contributing to reconstruction in the areas impacted by the fires, especially in terms of housing and schools."

According to official information released by the Chilean government, the affected area exceeds 586 thousand hectares (over 1400 acres) spread between the regions of Coquimbo and La Araucanía. Data provided by the country’s Ministry of Agriculture noted that 49 percent of the land affected was forest plantation, 24 percent native forest, 24 percent scrubland and prairies, and two percent agricultural land. 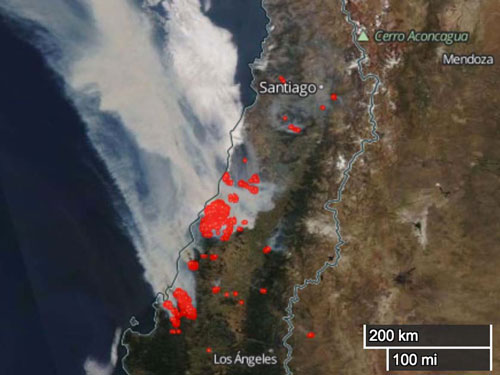 ASOEX is evaluating the situation of producers and exporters in the affected areas. So far, the only known damage has been the destruction of a fruit packing facility in the town of Chépica valued at between $8 and $9 million. The association noted that export infrastructure, including phytosanitary inspection sites and ports, is currently functioning at full speed, with all exports proceeding smoothly.

The association is working with the foundation Desafio Levantemos Chile to solicit donations. Funds will be used to rebuild schools and houses in areas inhabited by agricultural workers. For more information, ASOEX urges concerned readers to contact ASOEX Secretary General Edmundo Araya here.