GULFPORT, MS - After months of speculation, Chiquita Fresh North America LLC has officially confirmed the rumors that it will be moving its Gulf operations from New Orleans, Louisiana, back to Gulfport, Mississippi this coming August.

“We are pleased to return our port operations to Gulfport where our Chiquita ripening and distribution facilities are located,” explained Chiquita President and CEO, Andrew Biles in a statement. “We believe that Gulfport is optimally situated to service our customers most efficiently with both North and Southbound vessel services.”

This move comes just two years after Chiquita returned to New Orleans after an original forty-year stint in Gulfport, Mississippi. Part of the deal to come back to New Orleans in 2014 included $15 million in incentives from the state and port, according to Bloomberg, as well as an offer of 10 years of subsidies estimated at over $1.1 million a year from the state, based on how much cargo the company handles. 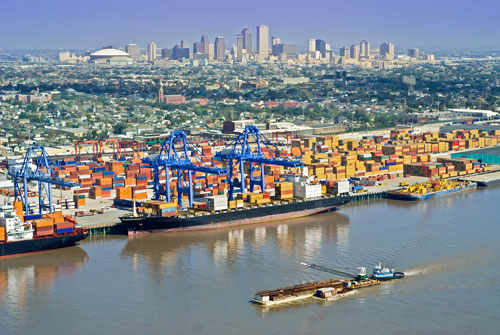 Chiquita had also reportedly kept operations for storing fresh produce for ripening at John Fayard Warehousing in Gulfport rather than exit the city in its entirety in 2014.

While there are not yet any statistics from the city of Gulfport about how much money or jobs may return to the city as a result of the move, AndNowUKnow will keep our eyes out for continued details.