WENATCHEE, WA - Peak season for the distribution and sales of top branded apples is fast-approaching, according to CMI Orchards. And the exclusive U.S. grower of Ambrosia™ and co-marketer of U.S. grown KIKU® Kanzi®, Jazz®, Envy® and Pacific Rose®—has tips on how retailers can drive sales in late-winter and early-spring.

“Mid-January to mid-April are the key months when leading retailers entice consumers to try these new apples,” said Steve Lutz, Vice President of Marketing, according to a company release. “During this period, branded apples are perfectly positioned to replace category dollars that are lost as local and regional apples decline in availability.” 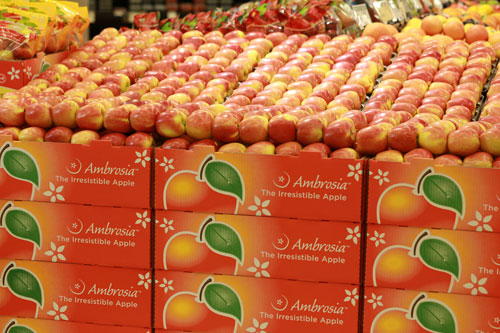 CMI Orchards initiated a study to evaluate key category trends and opportunities, and its analysis shows that mid-January to mid-April is the peak time for maximizing sales of branded apples. The study also indicated that expanded distribution of premium branded apples and aggressive retail promotions during this period drive consumers’ transaction size and increase overall apple category performance for supermarkets.

“The data reveals that retailers with the strongest performance in the overall apple category focus on extracting incremental sales by highlighting branded apples for their customers,” said Lutz—noting that the strongest performing retailers develop distribution and promotion strategies to transition customers into branded apples as regional apples disappear from supermarket shelves. 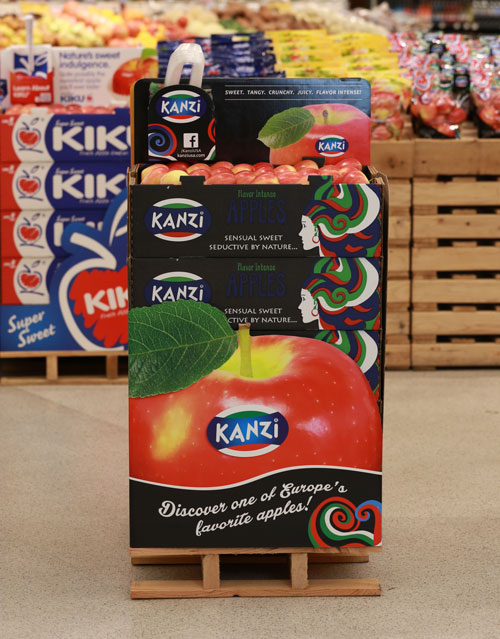 According to CMI’s study of national scan data, distribution and sales of branded apples like those marketed by CMI have traditionally jumped in January and this jump carries the category’s momentum into April. 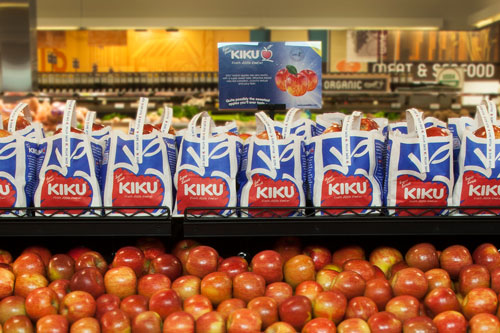 Lutz noted that many retailers build a following for branded apples during the winter months and carry that momentum into future seasons. He added that most new branded apples like KIKU®, Kanzi®, and others carry retail prices in excess of $2.00 a lb. “As supermarkets shift consumer purchases they simultaneously drive the average category transaction because shoppers buy apples with a higher average price.”

“With Ambrosia™, the three strongest weeks of the entire season occur in mid-January, mid-March and two weeks in April. With some of the local and regional competition wrapping up we’re entering one of the best periods of the year to expose customers to branded apples,” noted Myers. “We’re really excited about the quality and size of the Ambrosia™, KIKU® and Kanzi® we have coming out of storage. We also see strong opportunities with larger sizes in Envy® and Pacific Rose®.”

Myers added that CMI’s supply of branded apples this year is excellent, and noted that retailers should consider two-pound pouch bags as a prime opportunity to introduce consumers to branded apples. According to Myers, colorful, high-graphic packaging reinforces the quality of the product, and can drive repeat sales.

“Look at CMI's two-pound Ambrosia™ pouch bag. It’s the number one selling two-pound apple bag in the U.S. No other apple out-sells it, even Honeycrisp. We expect to see record sales of Ambrosia™ over the next 10 to 12 weeks. Supplies of KIKU®, Kanzi® and Jazz® are also strong so there is every reason retailers should expect to drive big sales with these apples.”

For more on opportunities to drive category sales and ways to take advantage of exceptional produce offerings, check in with AndNowUKnow.