Third quarter highlights from the company’s statement include:

The company noted that its net income was positively impacted by an $82 million ($0.19 per diluted share) tax benefit in connection with the $7.00 per share special cash dividend announced on April 25, 2017, to the extent to be received by the Company’s 401(k) plan participants. 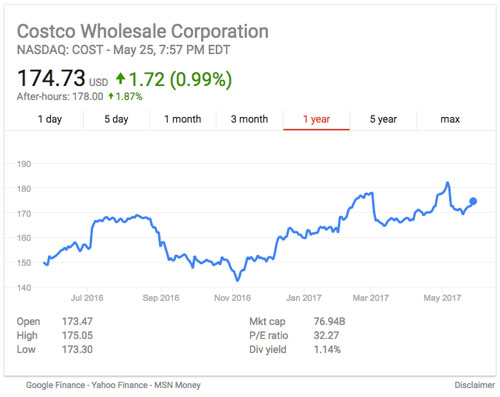 Additionally, the company noted results for first 36 weeks of its fiscal year, highlights of which include:

Comparable sales at the retailer's stores in the U.S. increased six percent year-over-year, and five percent in all markets. Costco currently operates 732 warehouses, including 510 in the United States and Puerto Rico, 95 in Canada, 37 in Mexico, 28 in the United Kingdom, 25 in Japan, 13 in Korea, 13 in Taiwan, eight in Australia, two in Spain, and one in Iceland.  The company also operates e-commerce operations in the U.S., Canada, the United Kingdom, Mexico, Korea, and Taiwan.

View the company’s statement in its entirety here.

Look to AndNowUKnow for more news on this and other important retail companies.