YAKIMA, WA - No surprise here, but apples and pears continue to reign as one of our favorite snacks here in the States! Following National Snack Month (February), Domex Superfresh Growers® noticed that sales were up for both categories, with positive growth for core varieties and organics across the board. The grower is also celebrating another month of upward momentum for its Autumn Glory® apple, reporting sales were up more than 400 percent.

“The excitement around Autumn Glory growth is intoxicating. We have been fielding consumer call after call asking about Autumn Glory, and ‘where can I find the caramel and cinnamon apples?’ One woman called me last week and said that her grocery store ran out of Autumn Glory. She watched another shopper take the last five bags, and she commented that she should have jumped on her and stolen one herself! The Autumn Glory craze is truly contagious!” said Catherine Gipe-Stewart, Communications Manager.

According to a press release, Autumn Glory apples replaced other varieties on store shelves, rising 327 percent in dollars and 436 percent in volume. This places the apple at #15 in dollar sales.

Other runners up for the month of February included Gala (+2.9%), Honeycrisp (+2.6%), and Granny Smith (+1.8%), all of which maintained category growth. Specifically, Honeycrisp and Gala alone represented nearly half of the apple dollar sales in February, with Gala pulling in the top volume at 51.5 million pounds and dollars up $70.2 million, and Honeycrisp leading apple dollars at $85.7 million (up 2.6% from last year) and volume at 33.7 million pounds (up 7.2%). Other proprietary varieties were in double digit decline.

For more fresh produce news like this, keep checking back with AndNowUKnow. 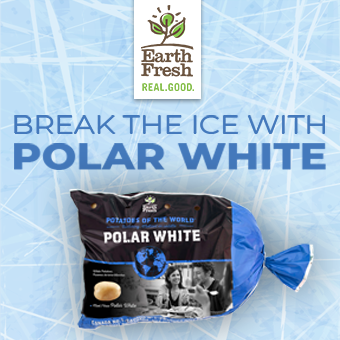