EVANS, GA - Earth Fare, an organic grocer that seems to take some of its strategies out of the Trader Joe’s playbook, announced its latest Southern expansion in Evans, Georgia. The Augusta Chronicle reported that a sign variance approval alerted those sniffing around the grocery newswire—folks like me. This approval thus allows Earth Fare to begin developing a 21,000-square-foot grocery store. Although The Fresh Market was also in the running for this space, the deal fell through after the company closed more than a dozen stores.

The new store will have a competitor not too far from its doorstep, too. Metro Spirit noted that a Publix is just across the street. 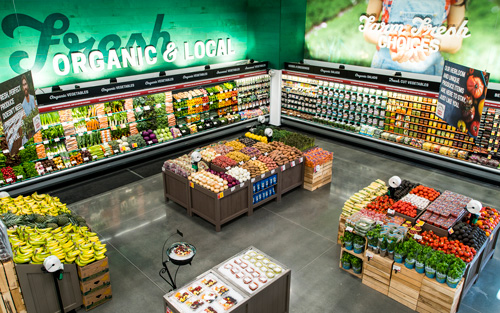 The retailer’s press room has not yet issued a statement, and declined to comment on the current Evans store. However, The August Chronicle reported that artist renderings submitted to Columbia County officials shows that the new store will feature a newer, more urban concept design.

Marketing materials, the news source suggested, show that the new store will also place more emphasis on freshly-prepared items, inlcuding things like sandwiches, wraps, beverages, salads, and prepared foods. The specialty grocer will continue to lean into its natural foods association, bringing consumers foods that are free of artificial sugars and preservatives.

Where will Earth Fare head to next? Should other retailers—like Publix—be worried? Keep reading AndNowUKnow for the latest.