U.S., MEXICO - Almost a full year ago, Canada, the U.S., and Mexico agreed to enter a trade deal that would replace the framework of NAFTA. Then, back in June, Mexico was the first country to pass said agreement, known as USMCA. Now that the agreement is entering its final stages, all former U.S. Secretaries of Agriculture since President Reagan’s Administration announced support for the USMCA. 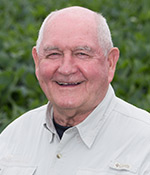 “President Trump has fulfilled a promise, which many said couldn’t be done, to renegotiate NAFTA and improve the standing of the entire American economy, including the agriculture sector,” he said. “Support for USMCA crosses all political parties, specifically when it comes to the agriculture community, and I am proud to stand side by side with former agriculture secretaries who agree USMCA is good news for American farmers. I commend President Trump and Ambassador Lighthizer for their perseverance, leadership, and hard work to get USMCA across the finish line.”

Keep our pulse at AndNowUKnow as we cover the final stages of this exciting agreement.