PLEASANT PRAIRIE, WI - Good Foods is getting into the holiday spirit in the very best way: The plant-based dip provider just donated $65,000 to the No Kid Hungry campaign to help end childhood hunger in America. Not only is Good Foods’ giving heart a perfect example of the produce industry’s generosity, it is also a key part of the company’s charitable mission, which aims to educate communities on fresh, better-for-you food and empower students with a passion for food to promote the growth of safe foods. 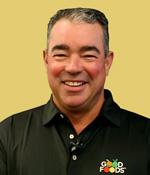 “We are so honored to make this donation toward the No Kid Hungry campaign,” said Kurt Penn, Founder and CEO. “Both Good Foods and No Kid Hungry share a dedication to bring communities together around food, and we are extremely proud of this campaign partnership.”

Throughout the months of October and November, Good Foods partnered with the University of Wisconsin’s football team to “Sack Hunger” and raise money to support No Kid Hungry, according to a press release. As a result, each time the opposing team's quarterback was tackled by the Badger’s defense on their home turf, a $1,000 donation was made to No Kid Hungry—and, by the end of the season, the donations amounted to over $65,000. 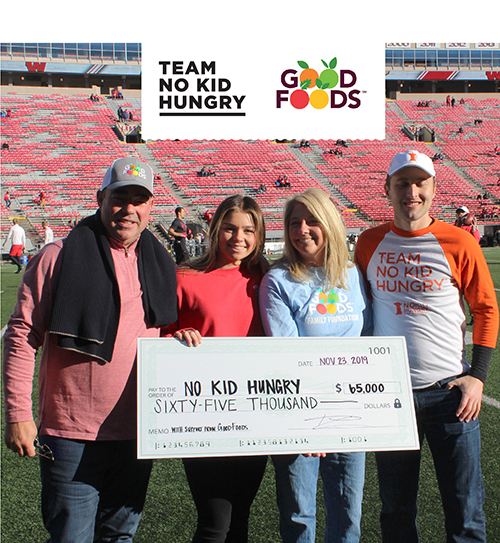 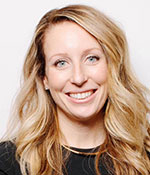 “This campaign was such a great opportunity to partner with our very own Wisconsin Badgers football team while being able to make a difference and give back to a cause near and dear to our hearts,” said Danyel O’Connor, Executive Vice President of Sales and Marketing. “Knowing that each sack put us one step closer to giving more dollars toward ending childhood hunger in America gave us even more of a reason to cheer on the Badger defense.”

Good Foods’ season of giving extends as far back as September, during which the plant-based company donated 10 cents for each branded deli cup sold as well as provided a QR code to educate shoppers on childhood hunger in America. This initiative ultimately made up about 75 percent of the total donation to No Kid Hungry, as noted in the press release.

Merry Christmas, produce fam—may your holiday season be as giving and bright as all of you!

The movement to create delicious foods as they should be—natural. ...