BAKERSFIELD, CA - As I’ve been shopping less, my dinners have increasingly gotten craftier. My saving grace throughout all of them? Potatoes. I’m not alone in treasuring these spuds as my go-to meal solution, as many consumers and I both know that they’re nutritious and versatile. Lucky for us, we have Cal-Organic Farms’ shipment of potatoes—due next week—to look forward to. Red and gold potatoes will soon hit retail shelves, with the company’s organic rainbow fingerlings and russet varieties to follow in May and early June, respectively. 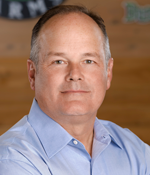 "There is solid demand for new crop potatoes due to an uptick in consumption this spring," stated Bob Borda, Vice President of Organic Sales at Grimmway Farms. "We've seen great growing conditions with mild weather in the desert and harvest volumes look optimal, so we're looking forward to opening the season strong with plenty of supply and a good quality crop."

As a division of Grimmway Farms, Cal-Organic is among the first growers to offer new crop potatoes this season, a press release noted. The company is currently harvesting reds and golds in Coachella Valley, California, and will transition to harvest its complete portfolio of organic potatoes in Kern County late next month. By spreading its planting across two growing regions in California, Cal-Organic can supply premium quality potatoes earlier and sustain consistent supply through October. 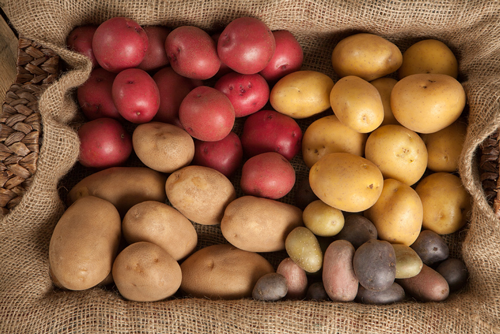 The organic red and gold potatoes are offered in 3- and 5-lb packs, as well as 50-lb bulk cartons filled with A, B, or C sized spuds. Cal-Organic also offers a potato medley of red and golds packed together in a 3-lb pack.

Retailers and shoppers alike have Cal-Organic’s rainbow fingerling potatoes to look forward to, including gold, red, and purple varieties, which will be offered in 1.5-lb mesh packs as well as 25- and 50-lb bulk cartons, with single color options available for bulk orders. Organic russets will be offered in 3- and 5-lb packs and 50-lb bulk cartons.

Here’s to the versatile spud that brings in both dollars and delicious eats! Keep reading AndNowUKnow as we cover the produce front.