Haunted Supermarket: Who You Gonna Call?

WILMINGTON, MA - I’m not sure that I believe in ghosts, but like Fox Mulder, I want to believe. So imagine my surprise to find out that the hot, new ghost hangout spot is apparently at a local Market Basket grocer in Wilmington, Massachusetts. Residents of the area spread theories and sightings on social media, but according to Market Basket, shoppers won’t be bringing home any Caspers to their crisper, as the location has been declared free of spirits (the supernatural-type, at least). 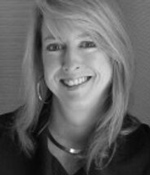 “As far as we know all of our stores are ghost-free,” said Justine Griffin, Market Basket spokesperson, to The Boston Globe. “But if there’s anything to it, she’s probably attracted to our Victorian-era prices.”

The rumor first popped up in a private Facebook group for Wilmington residents who began sharing stories of an otherworldly figure floating in the aisles of the store.

“This is going to sound really really strange,” the initial witness wrote. “But has anyone seen a ghost in the Wilmington market basket [sic]?” The individual went on to comment that the ghost looked like “an old Victorian era woman in her nightgown ... near the frozen peas. Lol.”

Though the anecdote might seem in jest, the original poster was clear about what they witnessed.

“I saw her and looked away to see if anyone else saw her and when I looked back she was gone,” said the poster.

One might brush the story off as simple campfire folk tale fare, but there was seemingly more than one witness to the grocery store’s eerie happenings.

“I’ve seen something like this but ... younger,” one person commented. “[Definitely] around that era tho [sic], the clothes and hair style.”

The story has gone viral, with memes popping up faster than you can say Bloody Mary. The apparition even got recognition from U.S. Representative Seth Moulson, who’s tweet about the incident read, “Apparently a ghost is haunting the Wilmington Market Basket...I thought I only needed to worry about witches and ghouls in #Salem!”

As of now there are more than 450 comments on the post, and while Market Basket may be playfully responding that its stores are a haunting-free zone, other residents are pumped that their town is getting recognition.

“Finally Wilmington is on the map!!!,” one person commented.

I’ll have to add the Wilmington Market Basket to my haunted spot bucket list, right after the Queen Mary, Winchester Mystery House, and about a dozen abandoned mental facilities.

For more ghostly news as it relates to produce, keep reading AndNowUKnow.