CENTURY, FL - 2020 has become something of an out-of-body experience in its surprise twists on what is considered normal, the latest of which is a general eyebrow raise at a 4.0 magnitude earthquake that rattled Florida yesterday, September 3.

Earthquakes are already something of a rarity in the state. When they do happen, Don Blakeman, a Geophysicist with the Geological Survey, told Tampa Bay Times it would normally be limited to the Panhandle. This latest shakeup occurred along the Northwest border, six miles outside Century. 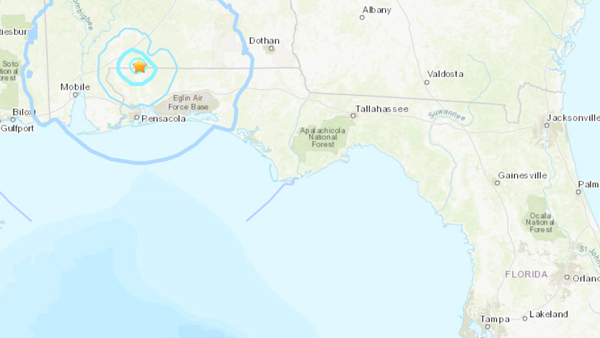 “Speaking of earthquakes in enigmatic places, now there’s something you don’t see every day: an earthquake in (or very close to) Florida!” the Geological Survey wrote via Twitter, acknowledging the rarity of the event.

Luckily, while hundreds reported feeling the quake, no damage, injuries, or concerns in populated or growing regions were reported. This news is especially fortunate as the quaking outlier comes at a time when Florida is already in the midst of a historically active hurricane season. But Blakeman’s words to the news source were ones of comfort.

“No one in Florida should worry about earthquakes,” Blakeman said. “Honestly it’s just not a seismically active area at all.”

As we continue to eye and report on any news in regions pertaining to the produce industry, AndNowUKnow will bring you the latest.