WASHINGTON, DC - There is no rest for the weary. Contentions between the U.S. and Canada continue in the final hours of this week, as the governments seek to arrange a trifecta of trade between the two and Mexico. A deadline for today was set for the two northern-most North American countries to reach an agreement and announce to Congress their plan moving forward. The area of contest is the one our industry knows and loves: agriculture. 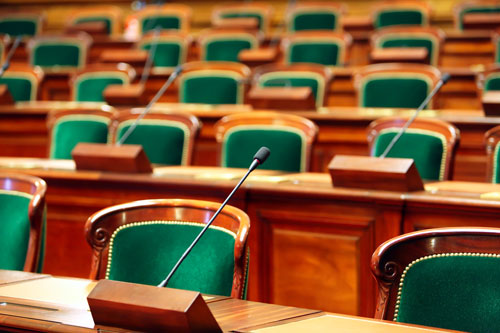 After its recent trade movements with Mexico, the U.S. has changed focus to create a better relationship with its northern neighbor. The U.S.’s focus on Canada’s ag policy, which President Trump has argued has been unfair for U.S. dairy, has been a primary point of concern, but Trump has also taken an interest in boosting American farmers in Midwestern states—which have seen a hit since tariff wars commenced between the U.S. and China, Canada, Mexico, and the European Union. With a deal expected to be signed between the U.S. and Canada no sooner than 90 days from now, according to Politico, the future looks bright but tumultuous.

The bumpy ride ahead includes continued talks on Ottawa, Canada’s refusal of the elimination of dispute-resolution panels, Bloomberg reports. Prime Minister Justin Trudeau is seemingly unchanging in his resolve to keep the northern country’s dairy system steady. Politico shares that U.S. producers feel the supply management system regulating their dairy exports north of the border have been unfair. However, those partaking in the negotiations between the U.S. and Canada are optimistic that a deal will eventually work itself out, but decision-makers have also been very clear in their determination to stay their course and keep their goals intact. 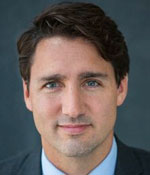 “We are looking forward to signing the right deal for Canada. But we have all been very clear, we will only sign a deal if it is a good deal for Canada,” Trudeau expressed at an event in Oshawa, Ontario.

Canadian Foreign Affairs Minister Chrystia Freeland shared with reporters that she expects smoother seas ahead as the two countries inch closer to a deal. 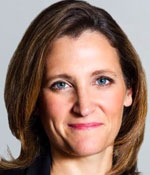 “Canada is a country that is good at finding win-win compromises. Having said that, we will always stand up for the national interest,” she expressed after a meeting with U.S. Trade Representative Chief Robert Lighthizer. “We’ll only agree to a deal that’s good for Canada. We’re not there yet.”

South of Canada’s border, Trump remains steadfast in his determination to create a solution for trade.

“Canada’s going to make a deal at some point. It may be by Friday or it may be within a period of time, but ultimately they have no choice,” Trump shared in an interview with Bloomberg. “I think we’re close to a deal.”

As Trump and Trudeau move forward, and the the war on tariffs resolves into a policy treaty for steady trade, how will the ag industry change to shifting demands? AndNowUKnow will keep you updated.