FISHERS, NY - It’s lights, camera, action for the New York Apple Association (NYAA) after a recent Bronze Telly Award win for its commercial featuring New York apple growers. The prestigious award was established in 1979 to recognize and honor video and television across all screens and draws in over 12,000 entries from across all 50 states and five continents.

"Receiving this award is extra special to us as we had many apple growers involved in the making of it," said President and CEO Cynthia Haskins, in a press release. "The commercial aired in New York state and on social media platforms throughout the year. It will continue to air this coming apple season."

Earning the Bronze Telly Award in the Local-TV, Business-to-Consumer category, the commercial was recognized for outstanding production. The commercial showcases NYAA’s new Apples From New York™ brand and was produced by Rochester-based creative agency Dixon Schwabl. In the commercial, a drone camera shows footage of New York apple growers standing in various positions throughout a commercial apple orchard in New York, as well as shots of individual growers. Clips from the individual interviews popped up on NYAA’s Facebook page and will be used this fall to support the 2019 apple harvest. 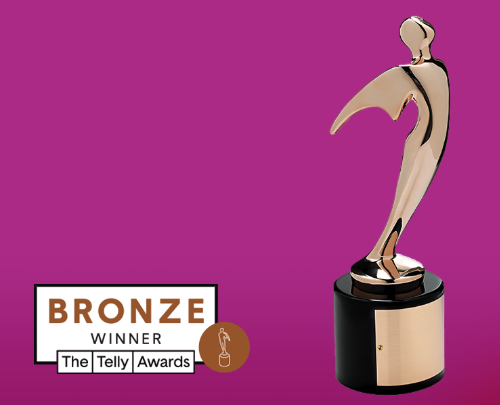 The commercial aired on Bravo, Food Network, HGTV, Freeform, Lifetime, TLC, USA, TBS, Spectrum News, and Your Morning Albany during programs such as The Today Show, Early News, The Voice, This is Us, Chicago Fire, The Tonight Show with Jimmy Fallon, Superstore, Dateline, Saturday Night Live, Meet the Press, and others.

Clearly, NYAA is ready for its closeup, Mr. DeMille. Congratulations from all of us at ANUK!