FISHERS, NY - The New York Apple Association (NYAA) Board of Directors is ramping up the second half of 2019 by electing officers and welcoming new members into its fold. Among these recent updates, Sarah Dressel Nikles of Dressel Farms in New Paltz is returning to the role of Board Chairwoman and Robert Brown III of Orchard Dale Fruit Farm in Waterport has been elected to return to the position of Vice Chair. In addition, Karla Bailey of KC Bailey Orchards in Williamson was elected Secretary and Treasurer.

The NYAA is also welcoming a few fresh faces into the association with four new board members who were elected earlier this spring. 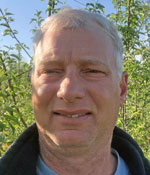 Joining NYAA is Randy Hart of Hart Apple Farms of Peru, New York. As a third-generation apple grower with more than 20 years of industry experience, Hart brings a wealth of experience to his membership. Hart is the Co-Owner of Hart Apple Farms and grows apples on 250 acres for the fresh wholesale market. While active on the Board of Directors for the New York State Horticultural Society, he also serves on the Cornell Cooperative Extension Advisory Committee. Hart assumes the board seat held by NYAA board member Jay Toohill of Chazy Orchards in Chazy, New York (District 1) who served two three-year terms in office. 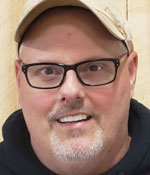 Also being welcomed to the board is Scott Seeberger of Windy Hill Orchard in Castleton, New York. Seeberger brings much industry knowledge as well as a fourth-generation farmer who grows apples on 158 acres for the fresh wholesale market. Seeberger brings 19 years of industry experience as a direct marketer and is the Owner of Northeastern Apple Sales. He also owns a u-pick apple orchard/farm market in Central New York where he markets apples and fresh-pressed cider. As a new member, Seeberger succeeds outgoing NYAA board member David Jones of G.W. Saulpaugh & Son in Germantown, N.Y. (District 2) who served two three- year terms in office. 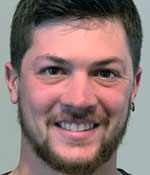 Dominic Romero of Pavero Cold Storage in Highland, New York, also joins the organization’s fold. The fourth-generation apple grower from the Hudson Valley farms 800 acres of apples for the fresh wholesale market. As Orchard Manager for Pavero Cold Storage, Romero is responsible for every facet of the operation from land preparation, spray applications to all-around maintenance. Romero succeeds outgoing NYAA Board Member Kurt Borchert of Borchert Orchards in Marlboro (District 3) who served two three-year terms on the board, according to a press release. 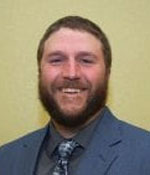 Taking us home is Christopher Oakes of LynOaken Farms Inc. in Lyndonville, New York. Oakes is a fourth-generation apple grower who grows 250 acres of apples for the fresh wholesale market. Oakes dabbles in many new varieties as well as varieties used to produce their own brand of hard cider. He serves on the Board of Directors for Orleans Cornell Cooperative Extension. Oakes succeeds board member Jason Woodworth of Lamont Fruit Farm in Waterport (District 6) who served two three-year terms in office, including a two-year term as chairman.

Congrats to the new members and to the elected positions as well as we celebrate all that New York apples have to offer.