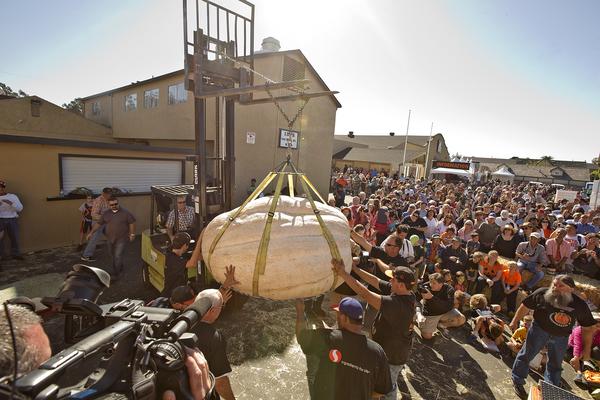 It's hard to believe a pumpkin that big didn't break the world record, but according to the Silicon Valley Business Journey, John's offering fell just short. The record for the world's heaviest pumpkin is held by a 2,102 pound pumpkin, 44 pounds heavier than John's award winner.

John, a production manager for the Napa Valley Register, didn't let that near miss deter him from savoring his victory however.

"My feet aren't touching the ground," he told KTVU.

John says he was lucky that the 6.0 magnitude Napa Valley earthquake which struck last August didn't affect any of the six pumpkins he grew for the contest, two of which clocked in at over 2,000 lbs. 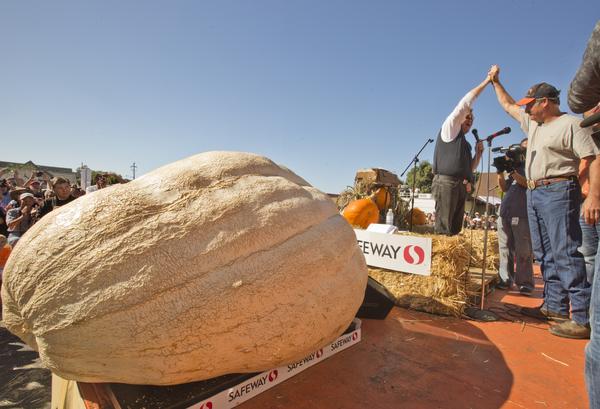 “We were worried about them bouncing around but after the earthquake we could see the vines were still attached to the pumpkins," he shared.

Congratulations on this incredibly impressive victory, John! I'll be waiting to hear word of you breaking the North American record for biggest pumpkin pie any day now!