After taking over a decade of intense planning, the company will be celebrating the birthday of the nearly 700,000 square foot home on Essington Avenue on Friday, June 5th. 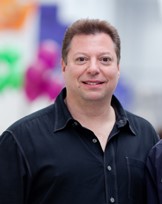 “Our facility is unsurpassed in cold chain management, product safety, comfort, security, staging, loading, and recycling,” Sonny DiCrecchio, President and CEO of PWPM, said, according to a press release. “We are proud to be the largest enclosed, fully-refrigerated wholesale produce marketplace in the world.”

Philadelphia reportedly traces its produce roots back to colonial times, with merchants having once occupied local Dock Street and 1959’s modern concept of a Food Distribution Center, according to the company. Then by the year 2000, a demand was seen for upgraded facilities and more space to meet customer needs and expectations.

Now PWPM calls Essington Avenue home with over 1,000 employees, an establishment with what the company describes as the highest global standards for the distribution of premium produce, and donates over two million pounds of produce to local charities every year.

“We wanted to share this treasure with as many people as possible,” said DiCrecchio. “That’s why we chose to open our doors to the public.”

Congratulations to the PWPM on four years in its state-of-the-art home.