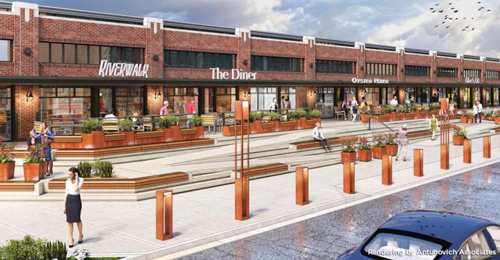 According to the Pittsburgh Post-Gazette, the proposed redevelopment plan includes a “food-centric” locally-owned market featuring a chef incubator kitchen, grab-to-go foods, and coffee and cocktail bars. The terms of the deal also stipulate at least 40,000 square feet to be leased back “to local or regional businesses focused on artisan food, crafts, produce, meats, and creative arts.”

McCaffery Interests’ website notes that the renovated site will offer roughly “160,000 [square feet] of new retail, restaurants, and office with parking” and promises to “restore [the five-block-long terminal’s] energy and vitality to once again make it a commercial, people-centric destination.” 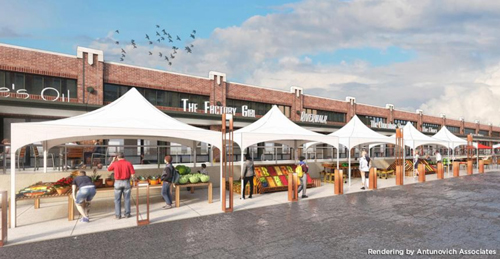 According to a Pittsburgh Preservation blog post, the Pittsburgh Produce Terminal was once considered to be “the focal point of the Strip's wholesale district” if only for its sheer size.

The proposed redevelopment project has been a half-decade long process prompting criticism from local organizations and residents.

In 2013, the Post-Gazette published a story lamenting the closure of the terminal and redevelopment plans that could have demolished much of the terminal’s structure in an era when San Francisco, Philadelphia, St. Louis, New York, Chicago, and Columbia, SC, were expanding and reviving their wholesale produce markets.

Will the new retail destination breath life into an erstwhile vacant produce hub? Will food-centric new fixtures fulfill the changing needs of Pittsburgh’s The Stripe neighborhood?

AndNowUKnow will continue to report on all things produce.