PHILADELPHIA, PA - While many of us at 16 started to dip our toes into the professional world with little-to-no direction, Noreen Sims reported for her first day of work at Procacci Brothers Sales Corporation. That was late October, 1966.

“We work in a family business and we spend so much time together that we become family. We have many employees with 20 years and beyond at Procacci Brothers, but 50 years with one company is a level of service and loyalty that you just don’t see. Noreen is an inspiration to us all,” said Procacci Brothers’ President, Mike Maxwell, when speaking on how even in a company with many long-tenured employees, Noreen sets herself apart from others. 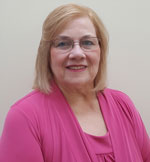 “I’m so grateful to the Procacci family for my time with Procacci Brothers,” said Noreen, whose golden anniversary with the company is today, October 28. “It’s been a pleasure working with each and every one of my co-workers. I hope to continue for quite a while longer!” While her friends were learning Latin and dreaming about junior prom, Noreen was eager to make an impression and earn responsibilities at a rapidly-growing wholesale produce company, according to a press release.

Understandably, Noreen has held many positions in her five-decade-long tenure within Procacci’s accounting department, among them are titles such as:

Noreen’s accomplishments were recognized during a surprise celebration on October 17, held at Procacci Brothers’ headquarters in South Philadelphia, where the company’s only outranking employee in terms of longevity was Procacci Brothers CEO and Co-Founder, Joe Procacci.

“Thank you for all of your loyal years and God bless you,” Procacci expressed at the celebration.

As for the dawning of her sixth decade, Noreen appears to have no intention of slowing down! Congratulations, Noreen, on this great achievement in your produce career.