SURREY, ENGLAND - A chili festival turned into a trip to the hospital after one brave (and perhaps senseless) man drank just one shot of vodka infused with Carolina Reaper peppers. Arguably the hottest pepper in the world, the Carolina Reaper is what gives ‘1786 Satan's Shot vodka’ a punch strong enough to claim on the back of its bottle, “Only Satan himself is brave enough to drink this vodka neat.” 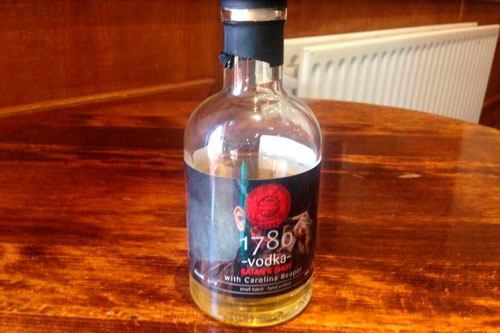 The deliciously dangerous vodka, made by the Chili Pepper company and infused for three weeks with Carolina Reapers, was purchased in Surrey, England, at this year’s annual Guildford Cheese and Chili Festival, by friend of the hospitalized, Emma Mirrington.

"I bought the vodka at the festival and when I got home we thought we should share it with a group of friends," she said, according news source, International Business Times. "There were about eight of us affected—I have never seen anything like it."

While the Satan’s Shot bottle clearly reads, “If you feel fearless and want to drink with Satan, you will feel like you are burning in hell itself,” this was of no consequence to the one man, who soon became unconscious and required assistance from an ambulance. 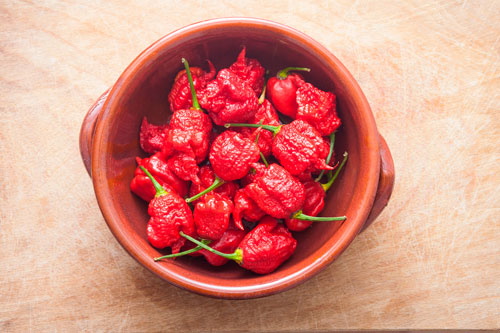 The company, ”I know people have reactions when they have something too hot, but there's a warning on the back of the bottle."

Think you can take down Satan’s Shot? Inquiring and slightly insane minds can order the vodka here, but if you do, make sure to send ANUK all the details!