It was a year of shakeups, breakups, and makeups that resulted in knitting together some of our industry’s biggest competitors. Looking over the last year, our sister publication, The Snack Magazine, couldn't help but notice that some deals were bigger than others, changing up some significant numbers in the produce and retail industries. 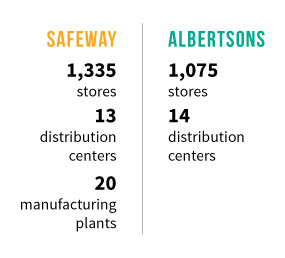 The FTC had a challenge with this one, and so the industry waited. But by offering to sell assets  to up-and-comers like Haggen to minimize their store count, the two were granted the go-ahead to create one of the largest retail chains in the U.S.

This was a quick, quiet deal that held more weight than it flaunted, perhaps because practice makes perfect. The two European-based retailers with footholds in the U.S. market tried to get together in 2007, but failed to reach a consensus. This time, however, it only took weeks for the two heads to agree and knit their names together.

Though this deal was sealed in January, the ripple effects continued well into 2015. Tender offer agreement negotiations went into January, as well as adjustments like Chiquita’s need to leave its Charlotte headquarters earlier than planned. In the end, all wrinkles were smoothed out between both parties, now becoming a single bi-national power. 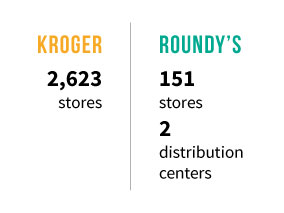 With this late-in-the-year acquisition Kroger entered the Wisconsin market and expanded its footprint in the Chicago retail sector.

Though the growing chain only paid $178 million to bring Roundy’s into the family, it stated that it valued the merger up to as much as $800 million, debt included. With this came several banners, including Pick 'n Save, Copps, Metro Market, and the urban Mariano’s.

Merger/Acquisitions that never were, but had us talking:

There was a lot of back and forth as the two competitors tried to convince the FTC that this was a union that was for, not against, the market. The case did, however, end up in court, where Sysco finally determined that the reward was not worth the costs and walked away in June.

The European company turned down a number of Monsanto’s offers, believing they undervalued its potential. Eventually, Monsanto walked away from the deal entirely at the end of August, days after making a final $47 billion attempt.

Looking back over the year, these are some of the moves that had the industry talking from open to close. What will 2016 hold for the influencers of the produce industry? We can't wait to find out.
The Snack