VALENCIA, CA - With a new citrus season fast-approaching, Sunkist Growers has announced a new lineup of strategy-focused Sales Directors. Lance McMillan has been promoted to Director of North American Sales, while Brian Slagel is now the company’s Director of Strategic Sales.

Having worked in the produce industry for over 18 years, McMillan brings a deep knowledge of packinghouse operations along with a proven track record in sales results to his new role. McMillan spent time previously working in Sunkist-affiliated packinghouses, as well as running his own agricultural marketing business before joining Sunkist in 2002 as Senior Account Manager for National Accounts.

The new Director of North American Sales is a graduate of San Diego State University and, according to a press release, was honored as a Dupont Fellow of the United Fresh Produce Industry Leadership Program’s class of 2000.

Brian Slagel, the prior former Director of North American Sales, is now taking his 25-year produce career into his new position as Director of Strategic Sales. In this role, Slagel is taked with developing and overseeing sales accounts of strategic importance to the company while fostering further growth opportunities, Sunkist said. 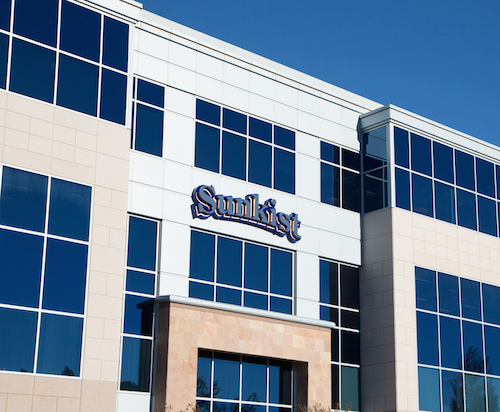 Slagel began his career at Sunkist’s Pittsburgh sales office in 1991, shortly after graduating from Pennsylvania State University. After a stint in sales at Dole Citrus, Slagel returned to Sunkist as Manager of the Cleveland sales office in 1997, solidifying his place as a critical part of Sunkist’s sales network expansion and improvement.

“Sunkist is looking forward to a strong citrus season ahead, and we are pleased to announce these strategic changes to our sales leadership structure,” commented Sunkist Senior Vice President & Chief Operating Officer, John Striff. “Lance McMillan and Brian Slagel are seasoned executives who have a rich history with Sunkist and they bring tremendous value to our organization. We look forward to the contributions and growth opportunities they will both offer Sunkist in these new roles.”

Congrats to both Lance and Brian from AndNowUKnow as they take on their expanded roles in the company!

Sunkist is an agricultural marketing cooperative entirely owned by and operated for the California and Arizona citrus...